‘The Division 2’ review: An unexpectedly excellent shooter (for now) 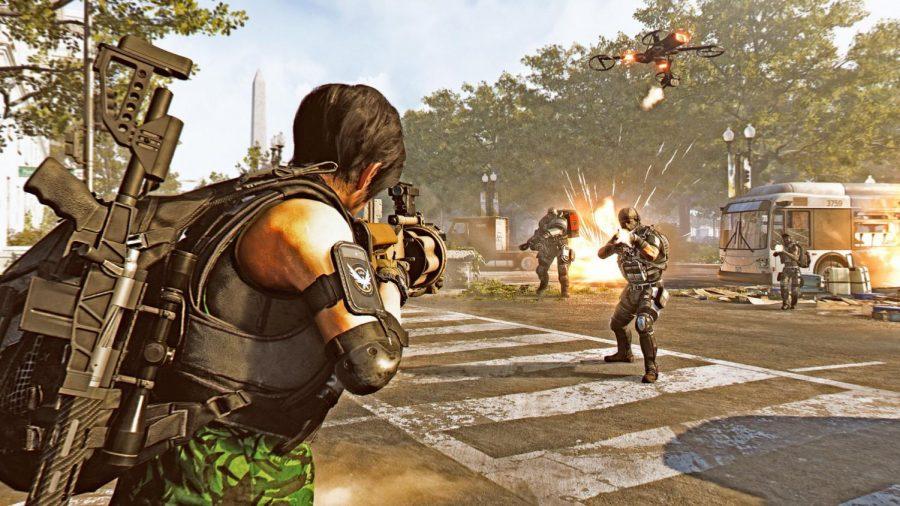 Seek & destroy: Thus far, The Division 2 has blown me away. I fully expected it to be a lazy soulless bore, but it is a refreshing, wonderful game. Pictured is a player character, the division agent, combating some hostile enemies.

As I grow older, the more cynical I get about video games. I have become busier, have my livelihood to deal with, and in effort to meet my goals, they have been put on an increasingly put-off backlog. It is a combination of that, and the industry’s increasing anti-consumer practices. Unfinished games, cash grabs and over-monetization plague the industry, with Ubisoft being not the worst offender, but still a corporation hell-bent on implementing annoying monetization practices.

That is why it surprised me upon seeing the impressions, and finally “The Division 2,” that it is a complete experience. Developed by Massive Entertainment, the first iteration of the franchise had an awful launch and was met with mixed reactions. “The Division 2” is the opposite: it is a genuinely great game with so many aspects that are going well for it.

The first thing that really took me back about this was the setting. Set in an overgrown/derelict Washington D.C., your character (or with friends/randoms with matchmaking) will be walking around an amazingly done version of the city. It has this springtime look to it, a stark contrast to all the chaos. The sheer aesthetic is strong and inspired. I could compare it to Eidos Montreal’s “Deus Ex,” or Naughty Dog’s “The Last of Us.” These games contain interesting, immersive worlds that you genuinely want to explore, and they let you indulge in the escapism. In addition to the visuals, the sound is also wonderful in adding to tension and immersion, particularly Ola Strandh’s ambient score, which accentuates the both peaceful and violent moments you’ll have in the game.

The gameplay loop is also incredibly addicting. It is loot done right: you are constantly getting rewarded with new gear that rewards you just for playing, that is an excellent pairing with the action. You’ll get guns, protective gear like plate carriers, and every now and then new clothes. “The Division 2,” especially solo, is a very challenging time if you don’t play it correctly. Whereas in some other shooters you can sprint around steamrolling enemies like John Wick, Doomguy or Frank Castle, in this one you can’t. Since you aren’t a bullet sponge, you have to be more tactical with your approach: clinging from cover to cover, you have to plan ahead. The AI is not afraid to go head on and flank to damage you, so you have to stay on your toes.

My only real issue is the story. While the premise of the game is interesting, I never found myself caring very much what was going on in cutscenes. Even that can be forgiven, because I was too distracted with the awesome, refreshing level design paired with the frantic gameplay.

All in all, I honestly have a hard time not recommending “The Division 2.” While it has some flaws to it, this game is so strong as a whole that you can forgive them. It is sad that you really have to search for a complete experience on disk for games these days, but “The Division 2” delivers and then some.