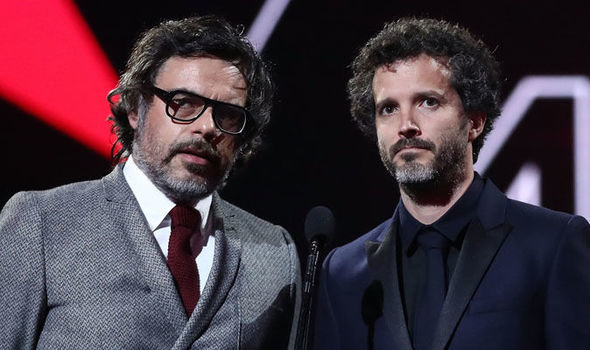 My first experience with Jemaine Clement was “What We Do in the Shadows,” one of my favorite comedies of the last 10 years, in which he directed with Taika Waititi, director of “Thor: Ragnarok.”

That being said, I wasn’t surprised when I learned he is half of “Flight of the Conchords,” a New Zealander music comedy duo, the other half being Bret McKenzie, being around since the late 1990s. Music is an incredibly subjective thing to review. For instance, I loathe modern country music, and I don’t think I would be able to accurately find a credible appreciation for it.

While not exactly the stuff I usually listen to which is usually metal, 1980s and everything in between, I still found myself enjoying their latest album, “Live in London.” It records them performing all their music, clocking in over an hour and a half. I honestly thought I had outgrown the Weird Al/Lonely Island comedy music but this album changed my mind. This is actually a reunion of sorts, with the Conchords having released their last album around 10 years ago, and the amount of albums you can only count with one hand on Spotify. The Conchords have a steady cult following, and this album shows why with the music’s quality and charm immediately shining through.

I am by no means an expert, but even when live the music is still captured well. Both singers harmonized well, the music was genuinely good and most importantly funny. I am a big fan of the British comedy duo Robert Webb and David Mitchell of “Peep Show” fame, and this comedy is exactly in line with that.

It is an interesting blend of a stand-up comedy set and a concert experience, and it totally works. One thing I appreciated was that it didn’t skip anything. Clement and McKenzie’s quips and jokes before and after the songs added so much to it, and it really showcased their talented charisma and charm. Those were often my favorite moments of the album as all of their entirely deadpan jokes hit spot on.

Overall, I am disappointed in myself that I hadn’t listened to these guys sooner. While this is definitely not the kind of music I can just put on in any mood, it is excellent for what it is. Rather than being some sanitary experience, it didn’t even have to try to show its heart. If it makes any difference, it is well done acoustic music, which just happens to have perfectly hilarious running-gag lyrics. It is easy to recommend, especially because of the length, the sheer volume of songs that are on the album, and it is even easier recommending it to fans of Clement, Mitchell/Webb and Waititi. They do exactly what Weird Al and The Lonely Island succeed at doing, except with the brand of comedy that only seems to come outside the borders of the U.S.