Paul Hirsch: A long time ago in a cutting room far, far away…. 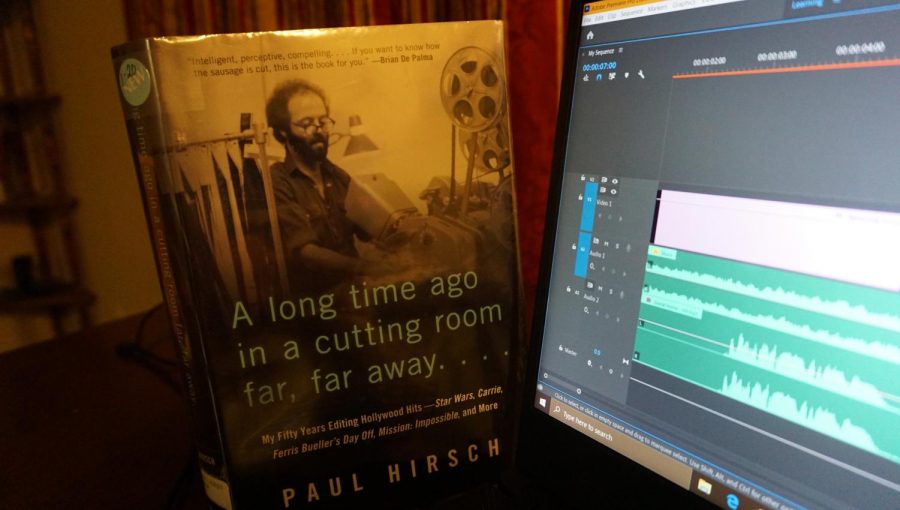 The Moviola or Adobe Premiere Pro?

Paul Hirsch’s book A long time ago in a cutting room far, far away… is a book for anyone interested in film and video, photography, theater, music, writing, business, and any type of art. As the subtitle suggests, Hirsch is a respected pioneer of film editing. The book is full of detailed memories that include his intimate thoughts and emotions. His writing style is easy to read. Although technical at times, even someone unfamiliar with the field of film editing can follow.

Hirsch’s stories of hard work and success are inspiring. There are so many interesting bits of information. He says that his approach to editing has always been strongly related to music and that he is inspired by Mozart. Later in the book we read that he was a music major in high school and majored in art history in college.

He writes about film music composition, cinematography, the roles of crew members, audience reaction research, and industry politics. The account of working with composer Bernard Herrmann is in depth and moving.

The 31 chapters are mostly laid out like a filmography list. Chapter 8 is the Star Wars chapter, the longest one at 45 pages. It could be considered a mini book, great for Star Wars fans like me. Isn’t everyone a Star Wars fan? Oh, okay… Well, it was the first movie I ever saw, so I was riveted! After finishing that chapter, it took me a minute to get interested in the rest of the book, but I found it very easy to. There are several genres of movies in Hirsch’s career and much to learn from his work.

Hirsch remembers things in detail and often uses dialogue, sometimes with accents, in his stories. When he introduces a new person, he offers many personality traits, as if they are interesting characters in a film. He describes the tools and equipment he used to edit, such as the Moviola (pictured on the cover), and the Steenbeck. I found his personality endearing. He said, “…the nominees for Academy Awards were announced, and Star Wars was nominated for ten awards, including for editing. I immediately went on a diet.”

I really enjoyed this book. It could become a suggested read in any film editing curriculum. There are many facts that will become trivia among film lovers, like why he turned down editing Woodstock, Back to the Future and Pee-Wee’s Big Adventure, what it was like to edit the dance scenes in Footloose, and insight to how various special effects were created. Readers will learn these things along with many other lessons in film making.

I recommend this book to anyone who wants to draw inspiration from an accomplished artist in their field. Paul Hirsch said, “A crucial part of finishing a film, or any work of art, is knowing when to stop.”