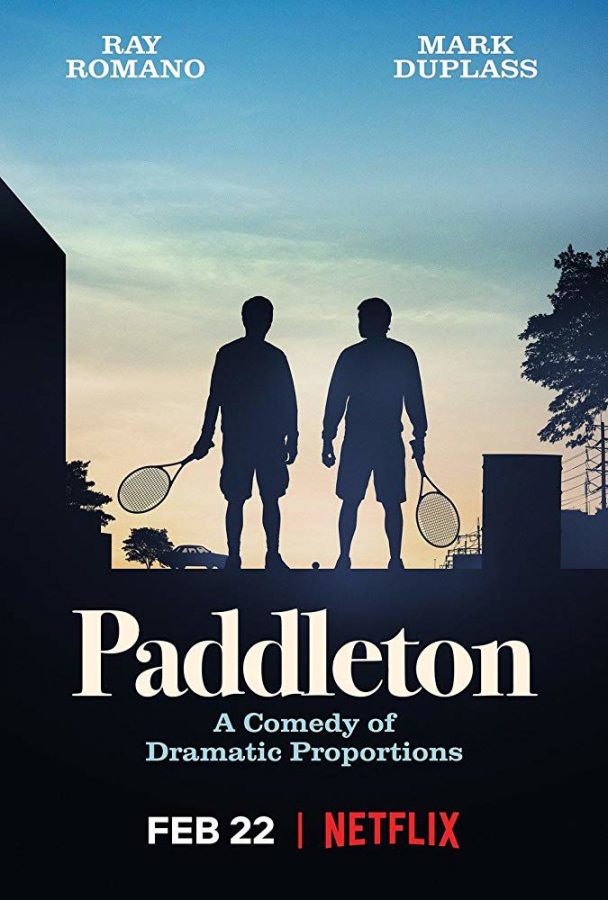 Two neighbors-turned-friends spend most of their days together eating pizza, watching old Kung Fu movies and playing Paddleton, a made-up game in which the two players volley a tennis ball against a wall with the objective of getting it in a musty dumpster on a lazy afternoon. Suddenly, a dark cloud settles over both of them as this routine is broken by the revelation that one of them has a terminal illness. The two friends don’t know how to react. This is the story of “Paddleton,” directed by Alex Lehmann, starring Ray Romano and Mark Duplass.

The movie is an intimate piece centered around the relationship between the cancer patient, Michael (Duplass), and his friend, Andy (Romano). After Michael decides that he wants to die before the disease starts deteriorating, Andy has to contend with the idea of being alone and of the imminent death of his friend. Michael wants to ingest the pills that will take his life, however, they are to be bought in a pharmacy more than a few miles away. This results in a road trip that grows grimmer by the minute and really lets their relationship and thoughts settle and stew.

“Paddleton” is incredibly real, and both actors give a muted performance undergirded by the gloomy fates that await them both, loneliness for Andy and death for Michael. The color palette, grey with bland tones, drives home the starkness of their prospects. The camera movements and techniques are not too fancy but do make for an enjoyable viewing.

Michael and Andy do find moments of levity in the movie that are only inevitably undercut by sobering realizations.

The sheer amount of normality portrayed by the two actors make moments like this even more touching, and the fact that the movie had a significant number of improvised scenes makes the relationship between the two friends more believable.

The movie may seem meandering to some, with a tad too many quiet moments and a lack of drama, but that is reality. For those looking for something else, the movie may just not hit the mark and that is understandable.

Viewers will be remiss not to watch the final act of the movie when the inevitable hits the audience and the friends like a train. The actors suddenly come alive, portraying unfettered emotions and taking the audience through the anxiety, which has been a long time coming.

“Paddleton” may not be the emotional roller coaster most movies about death and terminal illnesses are, but it does make for a somber, real movie with a lot of heart. It shows each character coming to terms with the end of a good thing, something everyone has to go through at one point in life, be it a small loss or a big one.