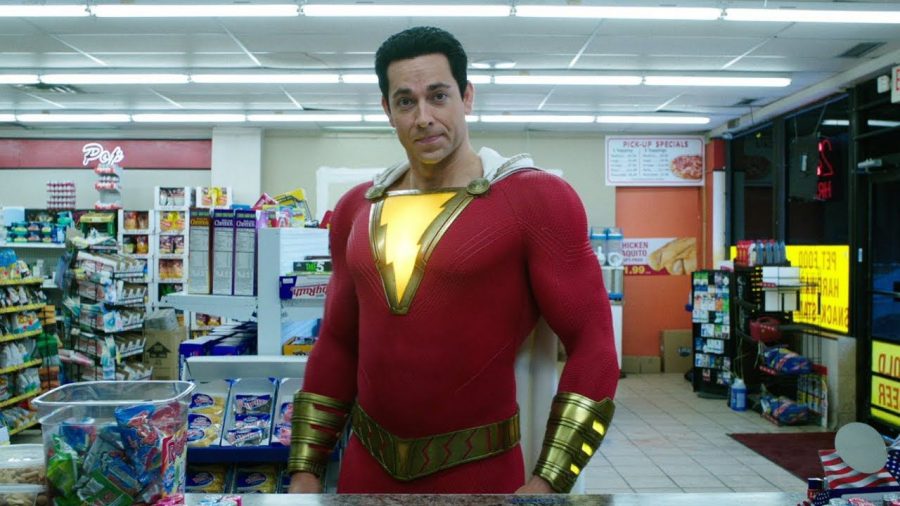 DC's best: Without a Doubt, "Shazam!," is one of the most enjoyable superhero films I have seen in recent memory, let alone the best DC film since the Christopher Nolan Batman trilogy. Pictured is Zachary Levi, as Billy Batson's alter ego, Shazam.

I will just get it out of the way: “Shazam!” is one of the most refreshing and well done superhero films in years. And out of all places, DC finally managing (in my opinion) to one up Marvel is one thing I thought I wouldn’t see in a very long time, and they did it.

Directed by David F. Sandberg, ‘Shazam’ is about Billy Batson, an orphaned street kid that is given the power to switch into an adult male with a variety of superpowers: the usual super strength, flying and some other more unique things. Portraying Billy is Asher Angel, with his alter ego of Shazam being portrayed by Zachary Levi. The two are joined by Freddy (Jack Dylan Glazer), one of Billy’s foster siblings, as well as Grace Fulton, Faithe Herman and Ian Chen, with Mark Strong portraying the villain, Dr. Sivana.

The thing that stands out immediately, and what sets the film apart, is its willingness to be standalone, as well as the positivity and wonder the film possesses. While other DC universe-isms are just part of the background and those being in the same universe are touched upon, it is a very tenuous connection at best, and leads to a more free-feeling experience. A sense that it is not bound to some grand profit-based plan that lasts until the writers get themselves into a corner, or people stop seeing the movies, and its purpose is just to be a fun, well done film.

When I say it gives a sense of wonder and positivity, the best, most apt comparison I have seen is that it evokes the same emotion the classic Christopher Reeve/Richard Donner ‘Superman’ films. This is achieved through the protagonist, a positive message and a kid-oriented storyline that works. Usually kid-oriented storylines lead to near constant cringing from older folks, but this was so balanced and well done that it was miles more than only tolerable.

The core characters and cast are what make this film work so well. It is validating to see Levi in a huge, successful role, as a huge fan of his series ‘Chuck’ since elementary school, and he is perfectly cast as a kid in a superhero’s body. While there is the unrealistic trope presented of a young boy refusing to accept that he is the ‘chosen one’, it sort of works for Billy’s character, and Shazam basically acts like a kid would act in an adult body that happens to have super powers, and Levi pulls it off incredibly well. Dr. Sivana is a very well-done villain. He has what all great villains possess: a sense of relatability and connection that the average Joe can connect with, but he deals with it in not the most acceptable way. If Billy gives into the power fantasy in a positive, if-flawed teenage boy way, Sivana uses it in a negative way, but there is an understanding that makes him a strong character. He is also given a combination of cartoonish villain traits that makes him an even more interesting mixture of a character.

In case you didn’t already see, I absolutely recommend “Shazam!.” It is a breath of fresh air, and saying it’s simply an average ‘superhero movie,’ with the contemporary connotation that has, would be a huge disservice. It evokes the feeling of a classic superhero film, and has to be one of my favorite comic-book films ever made.