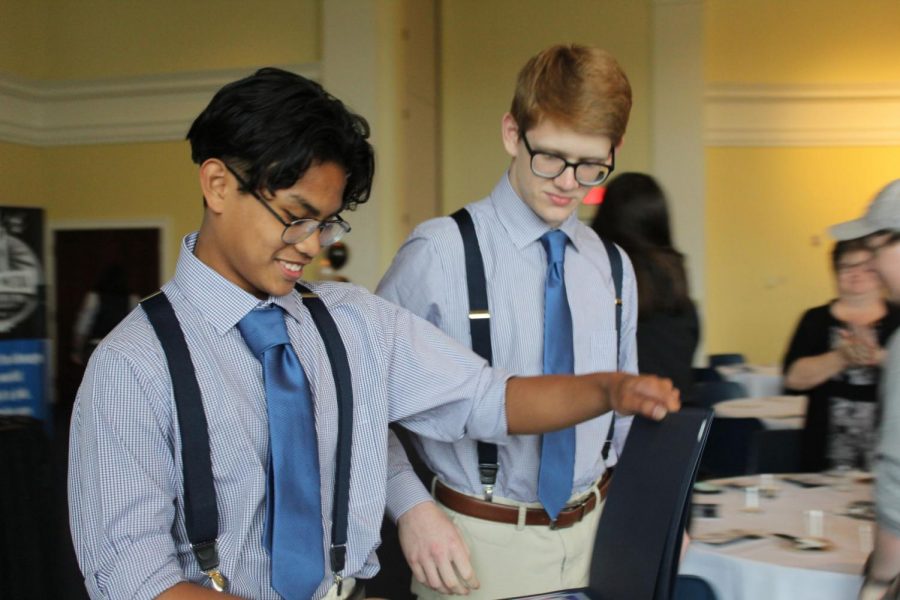 WIFI’s impact is beyond Washburn.

In its inaugural year at Washburn University, the Washburn International Film Institute (WIFI) attracted almost 2,000 film entries from over 100 countries for the film festival. A 40-member panel of Washburn and Topeka community members narrowed the pool down to 93 short films from close to 30 countries, some less than a minute and some over an hour long, to be shown over the course of three days at White Concert Hall and the Rita Blitt Gallery. Entries came from Washburn students, area high schoolers, independent film makers from around the world and award-winning Hollywood directors and collaborators.

“We want to think of it [WIFI] as a way to internationalize our campus and community,” said WIFI Managing Director and Chair of the mass media department Maria Stover as she opened the festival on Thursday. “I would like to paraphrase the African proverb that ‘it takes a village to raise a child’ and emphasize that it took a community to turn this fledgling idea of a film festival into a reality.”

“This is really something quite special,” said Washburn University President Jerry Farley. “I think there is a great likelihood that this can be replicated year after year after year and it can bring to our university and to Topeka an opportunity to show the rest of the world what kind of university we have, and what kind of city we have. Almost 2,000 films submitted means that there’s at least 2,000 people who know where Topeka is now, and we hope that that will grow.”

The impact that WIFI had on Washburn’s campus alone is apparent in the participation from students in the forms of film submissions, volunteer hours and time spent viewing films with friends. Many of the films shown had a message to share with the audience through the narratives and testimonies told of the real people within them. One film, “GRRRL: Beauty is the Beast,” (USA) directed by Gino R. Payne and produced by Mario Payne, told the story of a woman who had overcome trials from her past to create a better future for herself and all women.

“I thought it was cool that they had women from all sides of fitness and walks of life talking and being really personal and vulnerable about their stories,” said freshman Kaylee Schweer. “They had an actual psychologist talking about the positive and negative effects of society’s influence on you when you’re younger.”

Other films took a less serious approach and entertained audiences with comical drama. The film “This Will End Badly,” directed by Luis Tapia and produced by Kate Balandina, Nick Johansson and Adrian Tapia from the U.S., followed the story of a guy introducing his new girlfriend to his friends on a night out. The twist is that his girlfriend was a zombie, which was seemingly unbeknownst to him. Another film called “The Gamer” (USA) was directed by WIFI’s very own Matthew Nyquist and produced by Matthew Nyquist, John Nordlinger and John Matthews. The film presented the story of a quirky gamer who is hired as a coder at a serious video game company. Things get weird when his personality doesn’t line up with the boss’s and he has to fight for his creativity as a gamer.

Nyquist has worked closely with WIFI founding trustee and celebrity presence at this year’s festival, Allan Holzman. As the director-editor of “Survivors of the Holocaust,” a Steven Spielberg film, Holzman won two Emmy Awards and a Peabody. His resume extends far beyond this and he has made several award-winning films throughout his 40-year career as a filmmaker. Dealing with depression and a stutter, Holzman’s ability to work through challenges to create art has played a huge role in his success.

“I was in a constant state of depression,” said Holzman in an interview with KTWU’s Eugene Williams at White Concert Hall after the showing of his films, ‘Imagine’ and ‘The Art of Directing.’ I couldn’t talk or read people, but I was so into film. It made me fluent, made me a communicator. I possessed that power that most people didn’t because most people weren’t putting in that much time or effort. When you’re a stutterer, you reform the sentence all the time, and you try to avoid certain words, but you still want to sound intelligent and honest and emotional. You’re constantly re-editing the words also to communicate a feeling; and that’s what editing is.”

This drive and talent was seen in many of the filmmakers who submitted work to WIFI. Many Washburn students won awards at the festival and several films submitted from people outside of Washburn’s community have already won awards and received notable recognition from audiences. WIFI displayed evidence of this within Washburn’s community, the midwest and around the globe.

“Matt Nyquist came to me last summer with this bright idea of a film festival and I said ‘I love that’ and we just ran with it; and I feel like we’ve been running ever since,” said Stover in WIFI’s closing award ceremony.

Washburn’s campus was truly brought to life this past weekend through the events of the WIFI Film Festival. The passion and drive from students who contributed through volunteer hours or film submissions is beyond Washburn and beyond Topeka. WIFI provided a way to prove this to the community and brought them along for the ride. Moving forward, everyone involved with WIFI hopes and plans to see the institute grow and develop.

“Our inaugural WIFI festival was successful,” said Stover. “Trying to make this happen on such a short timeline with a pretty much shoestring budget, and the response we’ve managed to get from Washburn, different offices of Washburn, but also the Topeka community, different organizations in the community…absolutely wonderful and so encouraging and exciting. Truly we’ve put a lot of work into this and now I think ‘ok, what’s next.’ This just energizes me for next year.”

A complete list of the films shown and more information on WIFI can be found at https://washburn.edu/wifi/index.html.