Should we abort abortion in America? 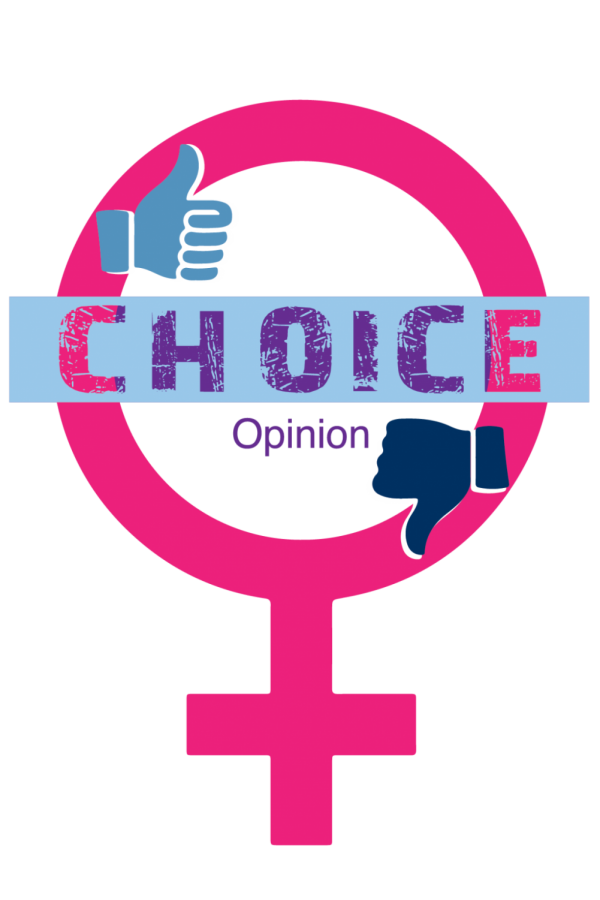 As a disclaimer, this article does not reflect the opinions and/or standpoints of the employees at the Washburn Review. This is strictly the opinion of the author. The author has chosen to include her personal experience in the article to elaborate on the effect that the recently passed abortion laws may or may not have on pregnant women.

The doctor entered the room, she looked up at me from behind her stack of papers with a stern face and said, “Congratulations, you’re pregnant.” She continued, “You don’t have to decide what you’re going to do with it right now, but by 16 weeks, you should call us back and let us know your decision.” I was 16 years old; I was on diversion; I had already dropped out of high school and I was suffering from an eating disorder. I thought, “there is no way I can take care of a child.” My eyes filled with tears, I swallowed hard and said, “thank you.” I walked out of the Colorado doctor office that day with the biggest choice of my life. The fact that I had the choice, at the age of 16, to chose what path I could take my life, despite my decisions, was what lead me to where I am today.

According to ProchoiceColorado.org, in the state of Colorado, you can legally terminate an outpatient pregnancy until you are 26 weeks pregnant. Additionally, a medically indicated pregnancy termination can be performed up until 34 weeks of pregnancy. Most full-term pregnancies have a duration of 38-40 weeks. A medically indicated termination at 34 weeks may be performed under the circumstances such as fetal anomalies, genetic disorder, fetal demise and/or or severe medical problems.

I am someone who did get pregnant before finishing high school, not only that, but I am someone who had a problematic pregnancy. During my pregnancy I was diagnosed with preeclampsia, I underwent the passing of kidney stones and I suffered from a stress induced infection. I overcame each illness without any pain medication, because at that time, I decided that I was going to keep the baby. However, everything changed when I was given the option of abortion around 21 weeks into my pregnancy. The doctor zoomed in on the baby’s heart during the ultrasound and told me that the baby had a calcium build-up around the heart. Essentially, the doctor explained that the baby growing inside of me may develop or already have, down syndrome. My hands began to shake as I was faced with yet another decision.

After I wiped the goop from my growing belly, the doctor sat and explained that because I was only 16 and if I decided to keep the baby, that I would be a mother at 17 potentially raising a child with a disability. I would be dedicating every day, for the rest of our lives, to this child. She told me that I should consider each component of my future.

I look at these numbers and I understand. I understand the power of decision, I understand what it feels like to walk away with the choice you’ve made, to keep or to abort, and feel like the entire world is now on your shoulders, just staring at you in disappointment. Regardless if you’re 15 or 50, when you get pregnant you have a decision to make.

Currently, eight states have banned abortion, meaning that an abortion will not be performed if a fetal heartbeat is detected during the ultrasound. There are many religions with many views and personal confirmations, however, the most referred to is Christianity. The most popular correlation that religious parties make with ‘abortion being a sin’ is that an abortion may be conceptualized as murder because a heartbeat was detected. However, in the Bible, stated directly after the ten commandments, the Mosaic law is stated in Exodus 21:22-25, which implies, according to my understanding, that in biblical law the embryo or fetus is not a human being.

President Trump has power and influence over millions of Americans, with that being said President Trump has changed his opinions about abortion frequently, but I would like to refer to the original statement that President Trump said in an interview with Tim Russert in the year 1999, Trump stated, “I’m very pro-choice. I hate the concept of abortion. I hate it. I hate everything it stands for. I cringe when I listen to people debating the subject. But you still — I just believe in choice.”

The fact that our government is trying to strip women from that decision is mind boggling to me. If a 15-year-old girl can walk into a doctor’s office and chose to cosmetically alter her physical appearance, why can’t a 15-year-old girl walk into a doctor’s office and choose whether she is ready to become a parent? Some people may argue that these two scenarios are completely different experiences and have completely different outcomes, I however, do not. I see both scenarios as the freedom of choice that every human being should be given: the freedom to choose which path they want to take.

I was given the choice to keep or terminate my growing fetus at the age of 16. I chose to keep her, regardless of all the complications that I had during my pregnancy, as well as the predicted illness that my daughter was said to develop, I had the choice. My daughter is now a perfectly healthy 4-year-old, together we have overcome and grown so much. I was very grateful to of had been given this choice and I wish the opportunity of choice was given to every woman. According to the CDC an average of 700 women die each year during childbirth complications, because of that, I think that women should have the opportunity to make that life altering decision.

My final statement being that, I believe women should always have the choice, whether their final decision is based on their mental or physical health, their financial wellness or purely because they chose not to have children at that time, I believe that abortion should be treated as a choice, not as a crime.