Congress cuts interest rates on student loans in half 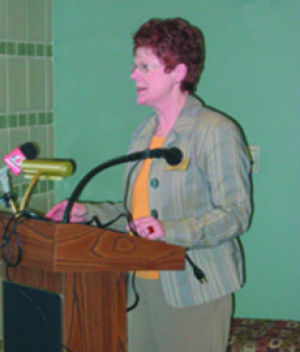 Last Wednesday, the U.S. House of Representatives voted 356-71 to cut interest rates in half on subsidized student loans in hopes of decreasing the debt of college students.

Boyda said it was important to cut the interest rates because a college diploma opens doors of opportunity.

“Under the current presidential administration, student loan interest rates have climbed steadily in recent years, and at the same time the costs of tuition, room, board and books have skyrocketed,” said Boyda, in a statement. “Every increase has pushed the cost of college higher and higher, farther and farther out of the reach of many students.”

Well over half of Washburn students have borrowed $13,675,129 in subsidized loans, and the average debt for a 4-year borrower at the university is now $14,256.

According to the U.S. PIRG, students starting school at Washburn in 2007 will now save $2,350 over the life of their loan.

The new bill will lower interest rates on undergraduate subsidized Stafford loans over the next five years until they are cut in half to 3.4 percent in 2011. The average Washburn student starting school in 2011 will save $4,560 over the life of their loan.

Annita Huff, director of Financial Aid at Washburn, also spoke at the press conference in support of cutting interest rates on the subsidized loans.

“The reality is students are graduating with more debt, and it is hindering them later on in life,” said Huff.

Subsidized student loans are used mostly by students from low and middle income families. The Senate is set to take up the issue in the next several months.