Older is better for America fans 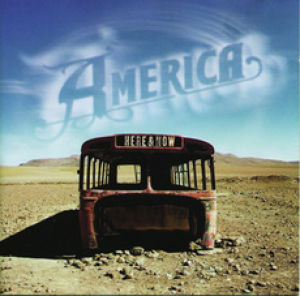 Now for all of your musical appetites to digest, I present for your approval, the new release from America, “Here & Now.” For those who are wondering, this is the same group who had the hits as “Ventura Highway” and “Muskrat Love.” Those who are not familiar, if you really want to hear this CD go to the library, find it and check it out. I truly think that if you paid full price you would end up wondering why you spent money on it. I am not saying the CD is terrible, but it’s the equivalent of paying to see a movie you don’t enjoy at the expensive movie theater. When you are walking out of the movie you say to yourself, “I should have rented that or gotten it from the library.” Now I am not saying the entire CD is horrible but you should think before you buy it at full price.

“Here & Now,” is a CD by an Anglo-American folk band – America. Their high point occurred between the 1970s and early 1980s, but they have steadily made music since they originally got together.

In order to explain myself entirely, I need to start at the beginning. The new material takes on a schizophrenic view. With tracks like “Chasing the Rainbow,” “One Chance” and “All I Think About Is You,” you can’t help but feel the onset of a sugar coma because these songs are so sweet. Now I am not devoid of emotion, but upon hearing these songs for the first time I couldn’t get over how corny they were. On the other side, there are songs on the CD such as, “Indian Summer,” “Ride On” and “Look at Me Now” which sound similar to their hits from the early 1970s, which are tolerable.

When listening to America’s earlier songs, I can’t help but think how great they sound. They are definitely consistent in sound and originality. I listened to a disc of their early songs and with the exception of applause, you can’t tell it’s a live performance.

Songs such as “Muskrat Love,” “Sister Golden Hair” and “A Horse with No Name” never cease to sound great and I can’t be the only one my age who has added those songs to my mp3 player. The early America songs sound great because they aren’t dripping with synthesizers and boy band beats, unlike the new material. They are the same songs that have stood the test of time and always sound great unchanged.

To wrap this all up in a pretty package, I don’t recommend this CD because America’s new material isn’t much to be excited about. While listening to this collection, the high point for me was when the first CD was over and the second disc redeemed the horror of the first. If you really want to hear America, go pick up one of their other greatest hits CDs and enjoy the old material. Don’t waste your time looking for this particular release. Any other collection of America’s early songs will fulfill your craving for American folk music.