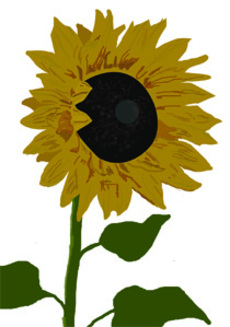 Just because someone is from Kansas doesn’t automatically mean they are a redneck, they have an accent or their idea of a romantic date is a night out cow-tipping. Kansas has a remarkable history that will be celebrated Monday, Jan. 29 – Kansas Day.

The Washburn Center for Kansas Studies will commemorate the day by having Paul Harris, a British journalist, give a presentation, “What’s the matter with everyone else?: A foreign perspective on Kansas” at 3:30 p.m. Friday, Jan. 26, in Henderson Living Resources Center Room 208.

Harris is a U.S. Correspondent of The Observer, the sister paper of the London Guardian. Harris has been based in the U.S. for three years and prior to that he was based in London. He has also spent four years in South Africa and Kenya for the Associated Press and the Daily Telegraph.

“I’ve covered stories from being embedded in Iraq, to wars and famine in Sierra Lone and Ethiopia, South Africa’s Truth Commission and, of course, American politics and society from the 2004 election campaign to the Michael Jackson trial,” said Harris, in a statement.

In his presentation, Harris will discuss Kansas from a foreign perspective. He will also talk about how Kansas has become a political phrase for things that have little to do with the state itself.

Tom Averill, professor of English at Washburn, was the first director of the Washburn Center for Kansas Studies. He has written three novels and is the editor of “What Kansas Means To Me.” He also teaches several classes about Kansas which include: Kansas Characters, Kansas in the Movies, Kansas Literature and Kansas Folklores. Averill said his classes give a boost to Kansas where people don’t think much happens. According to Averill, enrollment for his classes about Kansas is generally full.

“I think that most Washburn students have Kansas roots and they like knowing about the place they came from,” said Averill.

Kansas was the 34 state to enter the Union on Jan. 29, 1861. The Republican Party was dominant at that time and was the first to start celebrating in a public way. Women’s suffrage, anti-slavery and immigration were all big movements that swept across Kansas early on, stealing the national spotlight and attracting people to live here. Kansas is still a prominent agricultural state, leading the nation in wheat production.