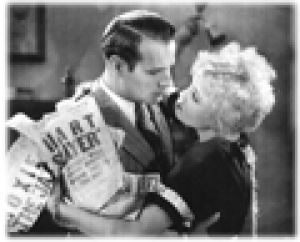 In the heartbeat of the roaring 20’s, Chicago is a town where fame comes at a high expense: murder is entertainment, and Velma Kelly and Roxie Hart are willing to risk anything for a front-page, full-coverage story.

The winner of six Academy Awards, including Best Picture, “Chicago” boasts of a strong cast, impeccable cinematography, dazzling musical numbers and sparkling costumes. As if that’s not enough, the plotline is sure to throw first time viewers for a loop with plenty of twists and turns along the way.

Kelly (Catherine Zeta-Jones) and Hart (Renee Zellweger) both try to outdo one another’s evil jail cell plotting while staying in the limelight under the direction of their sleazy lawyer Billy Flynn (Richard Gere). Along the way, their pursuit of stardom verges on the brink of infamy, but they each discover that their illustrious deeds can’t even keep them famous for long.

Both Zeta-Jones and Zellweger give electric and steel-cold performances while busting out choreography moves that’ll leave your head spinning. Even if you don’t like random musical numbers intertwined with a movie plotline, “Chicago” does it so well that just about anyone can appreciate the musical-turned-into-movie. But my favorite has got to be Queen Latifah’s portrayal of the accommodating jail Matron Mama, complete with lots of jazzy singing and shimmies.

Although I might be slightly biased about music-centered movies, I think that “Chicago” is one of the most fun movies you can rent on DVD. The red-hot numbers will make you forget about the dropping temperatures and wish that you had the guts that the girls had to become infamous instead of selling out for just famous.