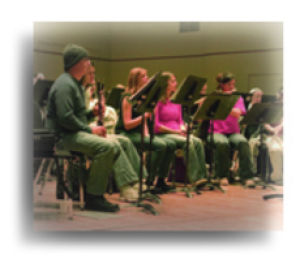 In a few short months, the Washburn Wind Ensemble will be taking off to China. They are going on a two-week tour of various cities and landmarks. The group will be spending time in Beijing, Tianjin, Xi’an and Shanghai. Some of the cultural sites on the itinerary include the Great Wall and the Terra Cotta Warriors. Otherwise, the plan is to perform at the universities, learn about their music and make some memories.

“It’s a great opportunity to get outside of Western culture,” said Kirt Saville, director of the wind ensemble. “Their music and instruments are quite different and all their own.”

The idea for this trip came about from a sabbatical Saville served in China in the fall of 2004. This trip also allowed him to establish a network to make arrangements a little easier. To prepare for this excursion, students are required to take five evening classes covering all aspects of Chinese culture. With this amazing opportunity, there is a lot to look forward to and some minor pitfalls to be expected.

Despite the overall excitement, there are some slight nerves about the trip.

“I hope I don’t take a picture of anything I am not supposed to,” said clarinetist Anthony Roth. “The government is kind of weird.”

The students have quite a schedule of traveling, performing and learning. Some have a few things they plan on indulging in.

“I plan to eat,” said Arasmith. “I really want to sample the food.”