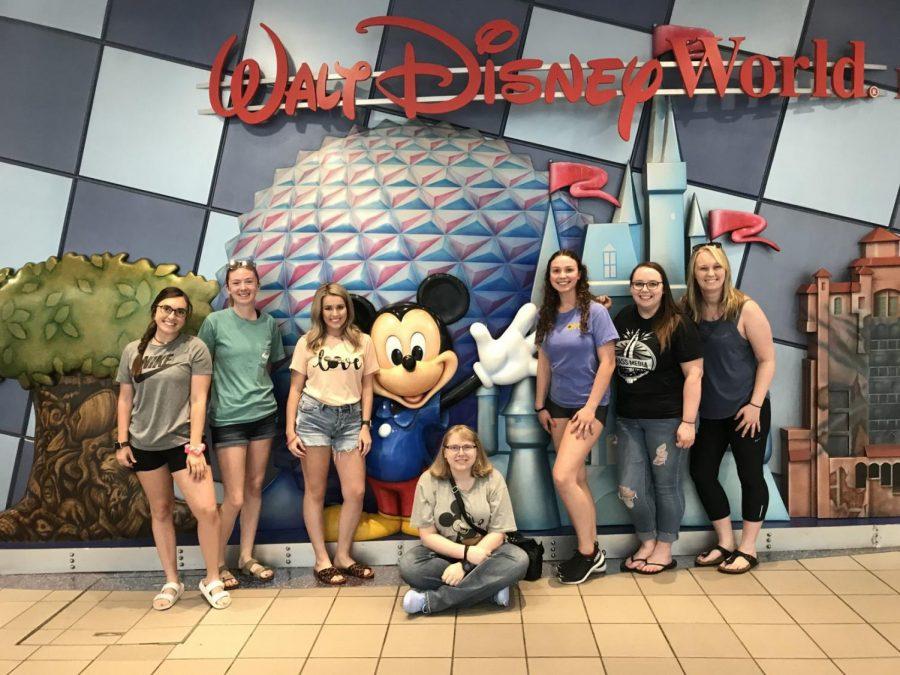 “To all who come to this happy place, welcome.” – Walt Disney

Disney is a whole new world to explore for the 15 Washburn students who signed up for a new course the Mass Media Department offered during the summer of 2019.

This online summer course was taught by Dr. Andrew Anglin who join the Mass Media department during the fall semester of 2018. Anglin is a former Disney employee who knows what the impact of a company such as Disney has on society.

The course was set up to showcase what kind of influence The Walt Disney Company possesses on society. It’s one of the biggest entertainment industries in the world.

Exploring a variety of topics, the students started with looking into Walt Disney himself and how he got his start in life. Along with discovering more about Disney’s products and services, parks and resorts, and business practices. The students were also chargers with creating a park proposal for their final project. Each student had to come up with their own ideas for new park that Disney might build. This park had to include the key concepts they learned about during their lessons. The students needed to create shops, restaurants, rides and shows that will be a part of the park.

On top of the lessons and a project at the end of the summer session the student traveled to Walt Disney World in Orlando Florida to experience what they had learned first-hand.

Anglin is the perfect person to plan a trip such as this. Using old connections he is able to give the students a chance to experience something most others won’t.“Through a number of tours and seminars, the students were exposed to Disney’s world-class guest service, went behind-the-scenes of Disney’s in-house advertising agency, and learned about the company’s leadership philosophies directly from Disney’s management team. Most importantly, students saw the synergistic efforts that Disney creates through media and the way the company influences societal norms.” said Anglin.

Kim Korber, junior mass media major, attended the Disney trip. She gained a new perspective on the inner-workings of the Walt Disney World that many people know and love.

“I got to learn a lot about the inner functions of the Disney corporation and specifically some of the stuff that happens backstage. It was really cool to see the company and parks as like a real company; it made them much more credible to me. I had a great time with the class on the trip and getting to see and explore all the things we learned in class and then getting to learn even more while we were there” said Korber.

The students also got to explore the parks to research for their final projects. Experiencing many of the key aspects of the Disney hospitality. Disney employees, also known as cast members, are a big part of the company and they are the people who are working there because they love Disney and want to make it magical.

Leah Jamison, freshman mass media major, also went on the Disney trip. She felt that Disney has a very refreshing atmosphere when is comes to its cast members. “Disney hospitality is truly like no other business. Never before have I experienced such a friendly, welcoming, and magical environment. I experienced their hospitality multiple times when I did not have a fast pass and yet they still let me go in the fast pass line with my friends. Another time I ordered an extra side of bacon for one of my meals and the cast member loaded my plate up for free! The cast members at Disney made it a truly magical time.” said Jamison.

With a dash of pixie dust and a little know how this course gives a lot to the students who take it. There is an opportunity to put what they learn into effect and see it in real life.