Up in smoke: Smoking referendum to be on upcoming ballot 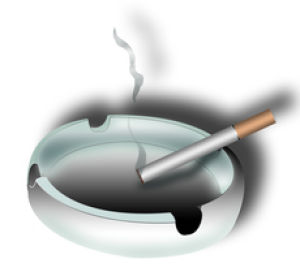 Smoking in public places has been debated by many legislatures across the nation, and now the Washburn Student Government Association wants to bring the discussion to Washburn University.

A referendum concerning smoking will be placed on the WSGA election ballot for the March 7, 8 and 9 elections.

The question will not be a final decision on whether to ban smoking on campus, it will merely be an opinion poll on what students are thinking.

“We hope it will stir up attention, if they see something like this on the ballot,” said Phillippi.

After the elections, Philippi explained WSGA would like to use the information to decide their next action, which could be hosting a town hall meeting about the results.

“There are so many options with this,” said Philippi. “I’d like to hear everyone’s opinions.”

WSGA did a similar opinion poll on smoking in the 2005 election, but those results are no longer available for WSGA to analyze.

Senator Daniel McElroy introduced a resolution to establish a senate vote tracking record – where it would be recorded what each senator was for or against. The resolution also wanted WSGA to sit in the Memorial Union every week to inform interested people of what would be going on in the next senate meeting.

McElroy said he wanted a transparent student government for the Washburn community.

However, the resolution was voted against almost unanimously, because senators expressed concern over the meetings taking too long while all votes were recorded, and who exactly would record the votes. Also, since it was a resolution instead of a bill, it wouldn’t have any enforcement.

Robert L. Gustavson Above and Beyond Award

Last Wednesday, the senate passed a bill that would allocate $3,000 from WSGA reserves to be distributed to students who apply for the award. The senate also approved the committee that will allocate the awards – Marsha Carrasco-Cooper, Tim Fry, Dannah Hartley, John Paul and Becky Wilber.