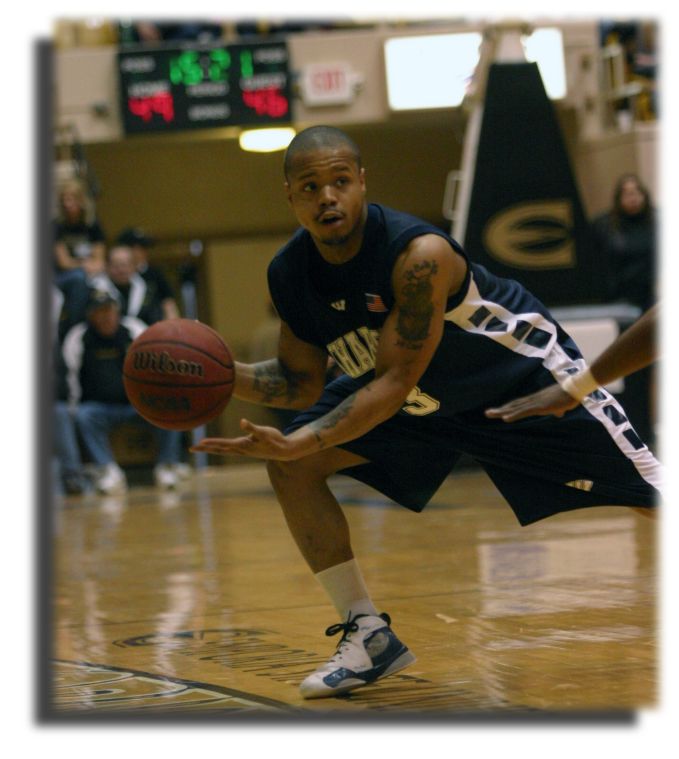 Stung Michael Williams, senior guard, avoids the Emporia defense in Saturday's game. After the loss, the Ichabods now have two games to try to claim a spot in the MIAA postseason tournament.

The No. 19 Emporia State Hornets dealt a stinging setback to the Washburn men’s basketball team, defeating the Ichabods 88-74 Saturday afternoon in Emporia, Kan.

The Ichabods were unable to contain Emporia State guard Donta Watson who erupted for 28 points. Coming into the game, Bob Chipman, men’s head basketball coach, preached to his players the importance of playing tough perimeter defense against the Hornets in order to have any chance of winning. Washburn failed to do so, giving up a combined 53 points to the Hornets’ three-guard tandem of Watson, DeAndre Townsend and Wes Brook.

“Emporia State has a smaller group with most of their scoring coming from the perimeter, with four players who can knock down the 3-point shot,” said Chipman. “Against Emporia State tonight, we needed to extend the defense and get out and guard better than we did. The last time we played them, we didn’t do a very good job of handling the double team, but I think we have definitely improved on that over the season.”

Midway through the first half, Watson hit a 3-pointer to give the Hornets a nine-point advantage, 20-11. The Ichabods were able to close the half strong, trailing only 37-36. Washburn was able to keep it close for only the first five minutes of the second half, with the score tied 49-49 with just over 15 minutes showing on the clock. The Hornets then went on a 25-8 run over the next eight minutes to break the game open, at one point extending their lead to 23 points, eventually defeating Washburn 88-74.

“We’ve grown a lot as a team offensively and defensively throughout the season,” said Michael Williams, senior guard. So even though we came up short in the loss, you can tell we’ve been making a lot of progress.”

Up next for Washburn is a trip to Hays, Kan., to take on Fort Hays State University, with tip off set for 5:30 p.m., Wednesday Feb. 21. Washburn then returns home for their final regular season game when they square off against Central Missouri at 5:30 p.m., Saturday Feb. 24.