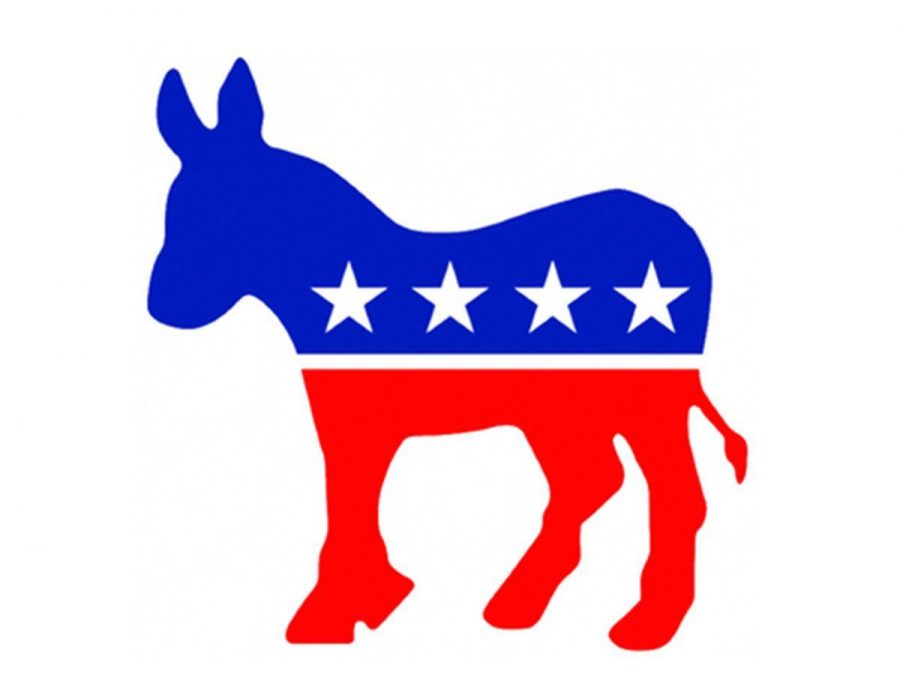 There are a lot of people running to be the Democratic candidate for President in 2020. That isn’t necessarily unusual (Vermin Supreme, anyone?) but there are so many significant ones this year that it can be hard to keep track of the approximately 25 “major” candidates.

Even though they’re declared, that doesn’t necessarily mean that they will appear on our ballots in Kansas. Many candidates will drop out before primary voting even starts (As Richard Ojeda, former West Virginia State Senator already has) and early primary states like Iowa and New Hampshire are infamous for being the last stand of weak campaigns. Lastly, there’s a good chance Kansas won’t have its Democratic primary until May 2, making it one of the last 10 states to vote.

Therefore, this article is a primer on who’s who in the field of Democratic Presidential primary candidates to prepare you for the first set of debates on the 26 and 27 of June at 8-10 p.m. CST. Grab a beverage and/or snack because this may take a while.

Firstly, how is a candidate determined to be “major?” Various outlets such as FiveThirtyEight, The New York Times, and Wikipedia all differ in their lists. One minimum standard that has arose is achieving qualification for the Democratic National Committee’s debates first two sets of debates, now that the criteria have been set out since February 14. To qualify, candidates must either get 1 percent or more in certain polls, or have a total of at least 65,000 unique campaign donors across at least 20 states. At time of publishing, 21 candidates have met at least one of the two criteria set out. Another metric often used is whether the candidate has previously held public office. Combining both of these metrics leads to the 25 number I mentioned earlier. Let’s start with the candidates who we won’t be seeing at the first set of debates.

We’ll start off with a candidate from the silent generation that might be familiar to those who know about the 2008 Democratic presidential primaries. No, not Joe Biden yet, I’m talking about 89 year old former Alaskan Senator Mike Gravel. After he was favorably mentioned by one of the hosts of the Leftist podcast Chapo Trap House, a pair of teenagers named David Oks and Henry Williams contacted him asking him to run to push the field leftward by qualifying for the debates. Oks and Williams then became campaign chair and chief of staff, and are very active on the campaign’s twitter account. The main issue they are running on is “No More Wars,” namely the “War in Iraq, the War in Afghanistan,” and “the War on Drugs.” Gravel has not qualified for the debates at time of writing, though he does have ~47,500 donors and 1 of the 3 necessary polls in his favor. He has a number of published writings. After initially announcing that he would not be running to win, they later announced that they were “running to win. Just as much as Seth Moulton, John Delaney, John Hickenlooper, Tim Ryan, or Eric Swalwell are.” Don’t know who all of those people are? We’ll get to them!

Miramar, Florida Mayor Wayne Messam is a first generation immigrant born in the US whose parents are from Jamaica. He became the first black mayor of Miramar, which is in the Miami metropolitan area, in 2015. His slogan is “Change Can’t Wait,” and he promotes bold policies like “It is time for the federal government to cancel all federal and private student loans,” “climate action that will rival the New Deal in scope,” and “abolishing the Electoral College.” He has not qualified for the debates, but does have 2 of 3 poll results required.

Seth Moulton has been the Congressional Representative for Massachusetts sixth district since 2014 and was a Captain in the United States Marine Corps, serving in Iraq and afterwards criticizing how occupation was handled. Moulton is a member of the New Democrats coalition, and is a part of the Budget committee and Armed Services committee in the 116th Congress. He has made little public progress on qualifying for the debates.

Joe Sestak is the newest candidate, having announced he was running just last weekend (past the deadline for the first set of debates). He is a former 3-star Admiral, serving in the Navy from 1974-2005. He has a PhD in political economy and government from Harvard University. He was elected to the US House of Representatives in 2006 for Pennsylvania’s 7th congressional district, which he served as until 2010. In 2010 he ran to be US senator for Pennsylvania, losing to Republican Pat Toomey. He ran for Senate again in 2016, but lost in the Democratic Primary to Katie McGinty. He has a co-authored book published.

Steve Bullock has been governor of Montana since being elected in 2012 and reelected in 2016, after being the Attorney general of Montana from 2008-2012. He chairs the National Governor’s Association. He has the notable endorsement of fellow Montanan US Senator Jon Tester. He graduated from Columbia University with a JD. With the campaign slogan of “A Fair Shot for Everyone,” one of the main things he’s running on is campaign finance reform. He plans to take on special interests and “foreign money” that corrupt government into working for them, and not the average American. He’s also running on winning a state election as a Democrat, despite Montana voting for Republican Donald Trump by 20 points. Shortly after the deadline to qualify for the first set of debates, Bullock qualified for the second set by meeting the polling threshold. It is yet to be seen whether he can be guaranteed to take a spot from another candidate by getting enough donors.

All of the following candidates will be on the debate stage on the first night. I am going over them roughly in the order of their polling averages.

Former Maryland sixth district US Representative John Delaney was the first major candidate to declare his candidacy on July 28th, 2017. He has a JD from Georgetown University. While he was in Congress from 2012-2018, he was a member of the New Democrat Coalition. Before being elected, he co-founded two companies (Health Care Financial Partners and Capital Source) that were publicly traded on the New York Stock Exchange. He published a book in 2018.

Bill de Blasio has a long history in politics beyond his current position as Mayor of New York City, which he has held since being elected in 2013. He was a campaign manager for U.S. Representative Charles Rangel in 1994 and Secretary Hillary Clinton during her first campaign for US Senate in 2000. He was appointed as a regional director for the Department of Urban Housing and Development in 1997 under President Bill Clinton. After that, he served as a school board member, city councilperson, and public advocate before being elected mayor.

Tim Ryan has been a US Representative from Ohio since being elected in 2002. He was the youngest Democrat in the house at the time, being 29 years old. He earned a JD from the Franklin Pierce Law Center (now the University of New Hampshire). He was part of Ohio’s 17th district from 2002-2010 but was changed to the 13th district after redistricting in 2012, where he remains today. He is a member of the Committee on Appropriations, as well as three of its subcommittees. He has two books published.

Washington state Governor Jay Insleehas been in office since 2013, and has been in various other public offices since 1989. The main issue he is running on is combatting climate change. He has a JD from Willamette University. He has caused a stir by requesting a sanctioned debate for all major candidates focused on climate change, and was denied by the DNC. In 2017, he was part of the challenge to Executive Order 13769 in State of Washington and State of Minnesota v. Trump. He chaired the Democratic Governors Association during the 2018 gubernatorial elections, which saw a gain in Democratic Governors across the US.

Tulsi Gabbard has one of the most diverse histories in the field. She got started in politics by being elected to Hawaii’s House of Representatives at the age of 21, becoming the youngest legislator elected in Hawaii’s history and the youngest woman ever elected to a state legislature. She was there from 2002-2004, then joined the Hawaii Army National Guard and was deployed to Iraq and Kuwait. She continues to serve as a Major. She was a part of the Honolulu City Council from 2011-2012, and was elected to US congress in 2013 for Hawaii’s second district, where she remains today. She was the first voting member of Congress to be Samoan American and also was the first to be Hindu. She is a member of the Congressional Progressive Caucus and the Asian Pacific American Caucus. She has served on three committees and 6 subcommittees. She is a “lifelong vegetarian.” One of her most outspoken issues is criticizing “regime change wars.”

Julián Castro was the youngest member of the cabinet of President Obama, serving as Secretary of Housing and Urban Development from 2014-2017. Before that, he was the mayor of San Antonio, Texas from 2009-2014, after he was on the city council from 2001-2005. He is the older twin brother of United States Rep Joaquin Castro. He has a JD from Harvard University. Notably, he is the only Hispanic running for president at this time. He has published a memoir.

Amy Klobuchar is a US Senator from Minnesota, currently in her third term. She was first elected to that position in 2006. She has recently been on seven committees and 11 subcommittees. Her presidential campaign is endorsed by the current Governor of Minnesota, Tim Walz, former Vice President Walter Mondale, and fellow Minnesota Senator Tina Smith. She has a JD from the University of Chicago. Two books by her have been published.

Cory Booker is a current US Senator for New Jersey, the first African-American to hold that position, elected in 2013 after a special election. He has been assigned to five committees and 10 subcommittees. He’s been endorsed by current Governor of New Jersey Phil Murphy, fellow New Jersey Senator Phil Murphy, and every current Democratic US Representative from New Jersey. Public offices held previously are a member of Newark’s Municipal Council 1998-2002 and Mayor of Newark from 2006-2013. A characteristic unique to him in the field is that he is the only candidate who is a practicing vegan. He has written a published book.

Beto O’Rourke is most famous for his 2.6 point loss to US Senator Ted Cruz in the 2018 Texas Senate election. Before that his electoral history includes serving as El Paso City Councilman from 2005-2011, and becoming a US Representative for Texas’s 16th district in 2012, a position he held until 2018. Before being involved in politics, he had a short career in music and in business after that. He was part of the New Democrat Coalition while in Congress. One of the issues most important to him is comprehensive immigration reform, considering that when he was in congress he represented a border district that was 80 percent Hispanic. After a decent campaign launch where he got 3rd place in some polls, he is struggling to regain ground and currently sits in sixth place on average.

Elizabeth Warren is the latest candidate to claim third place in polling averages. She is relying on an impressive performance in the debates to break ahead of the two frontrunners. Even as someone who got involved in politics later in her life, first being elected in 2012, she has gained a national following as a Democratic leader. She is currently in the US Senate representing Massachusetts, where she serves as Vice Chair of the Senate Democratic Caucus. She is assigned to 4 committees and 7 subcommittees. She has been endorsed by 1988 Democratic presidential candidate Michael Dukakis and fellow Massachusetts Senator Ed Markey. She has a JD from Rutgers University, and was a law professor at multiple universities. She has a large following who support her “I have a plan for that” rhetoric about America needing “big, structural change.” She is credited as an author in multiple books.