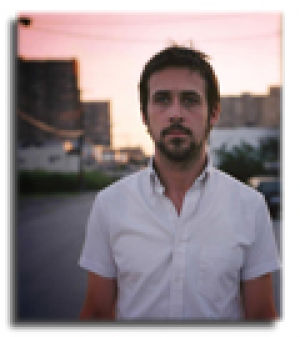 You know you’ve hit a low point when your 13-year-old student finds you smoking crack in the locker room. Even worse is when said student helps you get through a near-overdose, mopping your forehead with a wet paper towel while you writhe on the dirty locker room floor.

Strangely enough, this incident is the impetus for a lasting friendship between 13-year-old Drey (Shareeka Epps) and her young history teacher and basketball coach Dan Dunne (Ryan Gosling). Dunne teaches history at an inner city school comprised of mostly black and Hispanic students. He inspires his students by showing them what history is all about through some rather innovative techniques, like arm wrestling. Dunne is good at his job. His personal life, however, is another matter. Outside of the classroom, but clearly not always off school premises, Dunne is a drug addict drowning in his own self-destructiveness.

Though he tries to keep these two areas of his life separate, they inevitably converge throughout the film. The locker room incident is only the beginning. Eventually Dunne is dragging himself to class every day after endless nights of drug-induced insomnia and making drug purchases from Drey’s self-imposed, drug dealing caretaker Frank (Anthony Mackie). The milieu of Dunne and Drey’s world is a very small one it seems.

The relationship between the two is not very overt – Drey is a girl of few words and Dunne is usually too high to figure out what to say to her – but is strong nonetheless. Dunne gives Drey rides home from school and Drey begins to see Dunne as a father figure. She is, after all, a girl with no father to speak of, a brother in prison and a mother who works more than full-time. Dunne becomes protective of Drey and tries to keep her from hanging out with Frank, even going so far as to confront Frank about staying away from her. But as he can’t form a logical argument about why he, an avid drug user, is a better companion for Drey than Frank, his plan goes awry. Another low point for Dunne, needless to say.

Gosling is excellent in this film. He received an Academy Award nomination for the role last year. Epps is equally mesmerizing as the tough and independent Drey. The performances alone aren’t the only things to carry “Half Nelson,” however. The film is expertly packaged up with an innovative soundtrack done by Canada’s Broken Social Scene.

“Half Nelson” is disturbing in the way that it’s hard to watch someone be so harmful to themselves, one is reminded of previous, similar in scope films like “The Basketball Diaries (1995),” but it’s also a well-made and uplifting film about friendship as it relates to real life. The characters in this film are far from perfect and the focus seems to be on the imperfections that make a friendship truly valuable. The film doesn’t end on a necessarily good note, but on a much more realistic one.