Sunny Day Real Estate had ’90s album worth listening to 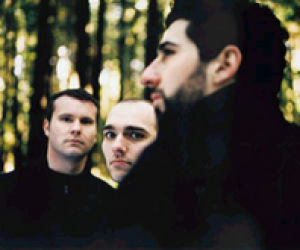 You remember the ’90s? The decade which defined our current generation by its Internet, its episodes of “Seinfeld” and its “I did not have sexual relations with that woman…”? Yeah, a lot happened, especially in the realm of music. Hip-hop became more widespread and culturally charged, boy bands became the crush of an entire population of teenie-boppers, and country stayed, well, pretty much the same. Mainstream rock music, however, rose from the proverbial ashes of the ’80s punk scene with a tour-de-force: alternative rock. Alt-rock was music devotees saving grace from the hair metal which more or less plagued our airwaves.

Like many of the alt-rock bands which graced the airwaves of the early to mid ’90s, Sunny Day Real Estate was formed in the underground alternative scene of Seattle. Unlike some of their contemporaries, however, SDRE never achieved widespread celebrity acclaim and radio play. Although they didn’t become one of the big name acts of the ’90s, SDRE was instrumental in presenting the “emo” subgenre of alt-rock to a wider spectrum of listeners. When I say “emo,” I’m not referring to the current manifestation by which the term is lambasted; I’m talking about the post-hardcore offshoot reflected in the indie music spectra (think Fugazi and …Trail of Dead). Their music style, coupled with lead singer Jeremy Enigk’s enigmatic lyricism, is why many contemporary artists cite SDRE as a source of inspiration.

Although SDRE had four studio LPs, their most outstanding album is the 1998 release “How It Feels To Be Something On.” Taking a more melodious approach than their previous ventures, “How It Feels To Be Something On” is SDRE’s laid-back masterstroke taking on thematic abstracts, such as the love missing when friends pass and the child-like loss of innocence. The first track, “Pillars,” sets the emotive mood which lingers throughout the album but is brought to a peaceful conclusion in the final track “Days Were Golden.” The album’s title track and “Every Shining Time You Arrive” strike a familiar chord with anyone who’s experienced a saving grace at the hands of a loved one, while “100 Million” tackles the pitfalls of overzealous consumerism.

Even though Sunny Day Real Estate never became commercial successes in the likes of such alternative bands as Nirvana and Smashing Pumpkins, they nonetheless demonstrate their shining brilliance in “How It Feels To Be Something On.” Although the ’90s (much like today) was overwhelmed with sub-par rock “albums” and one -hit wonders, Sunny Day Real Estate’s “How It Feels To Be Something On” is a surefire diamond in the rough.