Popcorn City to be the next 32 flavor 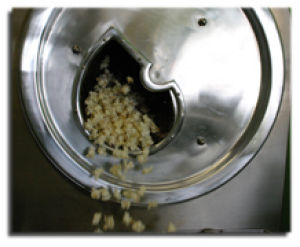 The bubbly pop pop, the fresh smell and soft white flesh is coated in a variety of toppings to create a “snackin’ good time” for customers.

Popcorn City has recently relocated. The small store moved from the desolate White Lakes Mall on Topeka Ave. It is currently nestled at the corner of 17th and Lane, next to the barbershop and Anglican church.

“We’ve had a pretty good response so far, some people didn’t know we were here and some were still waiting for us to open,” said Joe Booker, co-owner.

Currently, the store isn’t ready to have employees manning the counter. Right now, the only workers at the popcorn shop are the owners.

Booker also said chocolate and walnut flavored popcorn suited his pick for the craziest type of popcorn that had been tried. Popcorn City is trying to expand its flavor selection and provide an increasing amount of variety to its customers.

“Our goal is to be like another Baskin Robbins, eventually we want to have 32 flavors of popcorn,” said Booker.

Bags of colorful popped kernels hang from a metal display rack on the small, white counter. The food can be addicting to some, the sweet, almost sticky or savory flavor over the familiar feel of popcorn. The owners of Popcorn City seem to have mastered converting the mundane, movie favorite into a satisfying snack.

“Everyone loves popcorn,” said Ronald Kidd, customer. “I probably shouldn’t be eating here too much, but it’ just one of those things that you really can’t stop munching on.”

The owners of the small specialty shop like to stay at the top of the popcorn game.

“We’ve got the best tasting popcorn in town,” said Booker, smiling through his stubble and glasses. “We’re just striving to make this the popcorn shop for everybody.”

“We’d like to see more and more students over here,” he said.