TV binge ideas so your dinner doesn’t get cold 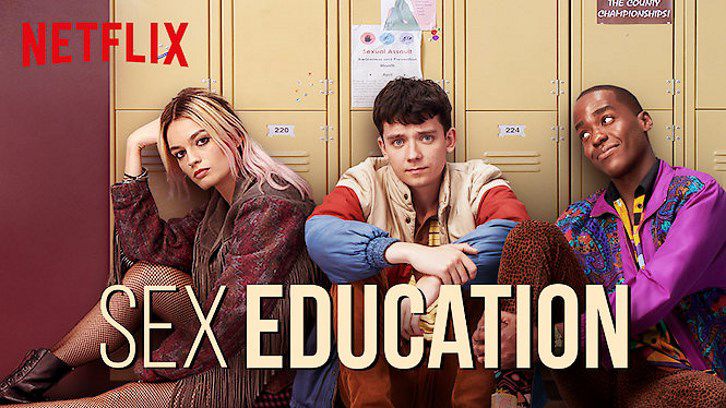 Lessons Learned: The show follows the son of a sex therapist as he counsels his classmates through the struggles of awkward first times and breaking down double standards. The show has been renewed for a second season.

If you’re anything like me, you may not have had a lot of time this past semester to catch up on all the trendy new TV shows or have the time to start a new show with 10 seasons. For those of you that are looking forward to relaxing this summer by starting a new show or reconnecting with an oldie, I may have a few suggestions.

I think it’s safe to say that most people have a Netflix account, or maybe use their old roommates account still. For those that do, you’re in luck because Netflix has released some good shows.

One that is currently all the rage is “Dead to Me.” It stars Christina Applegate and Linda Cardellini and is about a sudden widow that becomes friends with a woman followed by chaos while trying to overcome the grief and anger she feels for her dead husband. You may come dangerously close to bingeing all 10 episodes in one night. If you’re looking for something a little darker, Netflix recently released a four-part series called “When They See Us,” which is based on the true story of the Central Park Five from 1989. This show will leave you feeling gut-wrenched, frustrated, and confused, but all in the most important way.

My personal favorite binge was “Sex Education.” This one made me laugh and cry, sometimes in the same episode. I think the title speaks for itself. Another show to try if you like something unlike anything else is “The Umbrella Academy,” which is about a family with superpowers that work together to prevent the apocalypse. Another unique show is “Stranger Things.” If you haven’t caught up on the first two seasons, you may want to do that soon because season three comes out on July 4 and you don’t want to hear anything spoilers in the breakroom or when school starts back up again in August.

When in doubt, you could always just stick with a classic such as “The Office,” “Pretty Little Liars,” or “Grey’s Anatomy.” Sophomore business major, Abigail McCrory prefers to re-binge the same classic show to fit all her moods, and that show is “Friends.”

For those of you taking advantage of the Spotify-Hulu discount, or just have a Hulu account, Hulu also has some binge-worthy shows. The most notable binge watch on Hulu is “The Handmaid’s Tale,” which is based on the famous novel of the same name by Margaret Atwood. The one on Hulu that I personally have been meaning to watch is “I am the Night.” This one stars Chris Pine and is about the Hollywood Black Dahlia Murder. It looks very compelling and was directed by Patty Jenkins, the director of “Wonder Woman.” Hulu also has the full series of “Brooklyn Nine-Nine.” This show became extra popular when Fox cancelled the show, and ultimately NBC picked it up due to public outrage. Following a precinct of detectives in Brooklyn, this show is chalk full of humor. It also is referenced a lot in memes, so maybe by watching the show, you can be more fluent in meme culture. Another very popular Hulu original is “The Act.” This fictional crime series follows a mother that believes that her daughter has a deadly illness, and that is only the synopsis of the first episode. It gets even more bizarre after that.

A very underrated streaming site is Amazon Prime Video. This is where I like to watch a lot of my old favorites. The Amazon Original “The Marvelous Mrs. Maisel” received a lot of award show buzz this past year as it is both a comedy and full of a lot of heart. I recommend the USA show “Suits.” This shows follows lawyers at a law firm and is Duchess of Sussex, Meghan Markle’s claim to fame. My favorite show of all to binge-watch is another USA created show called “Psych.” This follows a man with keen observational skills that poses as a psychic to aid the police department in their investigations. This show is overflowing with humor and also satisfies the crime and detective show enthusiasts. If you like to reminisce the good ‘ole days Amazon also has 102 out of 180 episodes of “I Love Lucy.”

I hope that you choose to watch at least one of these recommend shows. However, if you’re still struggling to pick a show that is just right for you try one of these BuzzFeed quizzes to find the right binge for you: BuzzFeed Netflix Binge Quiz and Show That Matches Your Personality.