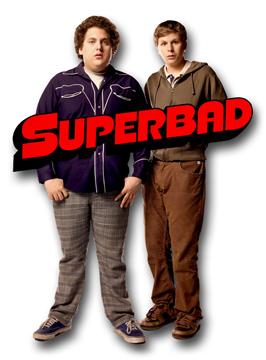 Only one word is adequate enough to sum up the funniest comedy of the summer: McLovin’.

Despite (or perhaps because of) a script riddled with vulgarities and sleazy sex jokes, “Superbad” captures the thought process of America’s average adolescent male. The storyline is essentially not very strong (three guys trying to get beer to score some drunk chicks), but it really doesn’t have to be for this movie. It’s simply one of those movies that doesn’t require a lot of thought by the viewer.

Seth and Evan (played by Jonah Hill and Michael Cera, respectively) are best friends getting ready to graduate. Seth, who is loud and lustful, seems to be polar opposites of his friend Evan, who is usually quiet and ethical. Tension develops between the two characters as Evan prepares to head off to a prestigious college with the third wheel Fogel (a.k.a. McLovin’), while Seth gets ready to go to a different college.

Before the big separation, Seth and Evan decide to embark on one last important journey together: to lose their virginity. In an attempt to gain sexual experience before heading to college, Seth and Evan decide to buy beer for a party hosted by their crushes, Jules and Becca. They get Fogel to use his brand new fake ID to purchase the alcohol, but their plans are thwarted by a robber who punches Fogel in the face during the process of his heist. As a battered Fogel is questioned by the hilarious yet hazardous police officers Slater and Mitchell (played by SNL’s Bill Hader and Seth Rogen from “Knocked Up”), the other two mistakenly believe he’s being arrested and go out on their own to find more booze.

While the dimwitted cops drive their new accomplice “McLovin” around town looking for some trouble, Seth and Evan run into trouble of their own at a violent party as they try to make off with the alcohol.

Now, I know you’re getting all Harry Potter about the ending, so I wouldn’t dream of spoiling it for you. All I can say is that in the end, they all learn valuable lessons about friendship, love and all that other Mickey Mouse jazz, and prove that they are looking for more than just a random hookup.

Overall, the movie was probably one of the funniest I’ve ever seen. However, it’s not exactly a good movie to take your 8-year-old brother to. Do the right thing, take your little brother to “Ratatouille,” and go see this movie when you’re with an older group of friends.