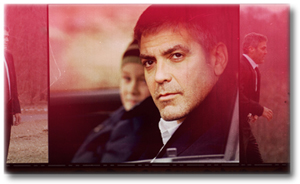 Find a comfortable seat, because this movie won’t allow for bathroom breaks; every minute is crucial in order to understand the genius storyline behind “Michael Clayton.” Written and directed by Tony Gilroy, screenwriter of the “Bourne” trilogy, this dramatic thriller leaves viewers satisfied.

“Michael Clayton” had me tilting my head and displaying a confused stare until the end of the film when I was able to say, “Oh, that’s how they did it.” The movie begins with a random scene that makes little sense, makes up for it with the phrase “four days earlier,” addresses the who-what-when-where-why-how and repeats the beginning scene with more detail and a definite conclusion.

George Clooney plays Michael Clayton, who is supposed to “clean up the mess” for the New York law firm Kenner, Bach and Ledeen. He’s the “miracle worker” when all is wrong in the business: the “janitor.” We’re first exposed to this when Clayton gets a call to go “fix” an accidental murder committed by a top-notch client to the firm. A character named Arthur, played by Tom Wilkinson, twists the whole plot when he pulls Clayton into a much bigger situation.

Clayton gets to baby-sit Arthur, a lunatic who is trying to prove that the company U-North is distributing products that are toxic, lethal and ultimately harmful to buyers. Arthur used to be a solid worker at the company and wasn’t noted as a crazed civilian until he stripped naked in a courtroom to proclaim his love for a girl. He hadn’t taken his pills, but the film continues to show that his mad mind evolved from more than just a skipped pill. In the meantime the company’s attorney, Karen Crowder, played by Tilda Swinton, hires two evil but smart men to anonymously kill both Arthur and Clayton.

Gilroy’s “Michael Clayton” is for the intellectual person to interpret from the beginning and for the rest of us to wait out patiently until everything is made clear in the end. Camera angles, the use of silence, long-lasting moments and seat-jumping loud explosives are just a handful of the many techniques used in this movie to add to the dramatically suspenseful experience.