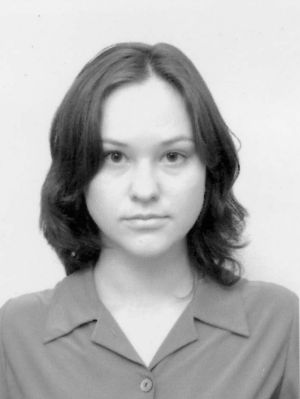 In early September 27-year-old Olga Mashtakova arrived on the Washburn campus from Irkutsk, Russia, after receiving a Fulbright grant. The political science department will serve as her host, while political science associate professor Bob Beatty will be her research advisor.

department for Olga as she pursues her research under the Fulbright

grant she received from the U.S. Fulbright Program,” said Beatty.

Mashtakova is a teacher in the American Studies Program at Irkutsk State Linguistic University. Beatty said that her research includes building a curriculum of American studies teaching materials that will be used in her program

in Russia when she returns.

“She is well qualified,” said Beatty. “Her English language skills are excellent. She is a hard worker and motivated to make the most out of her time here at Washburn and the United States. Olga is a benefit to the department in that she will be helping professors with their classes on Russia. In the spring she will be giving a special Brown Bag Lecture at the International House. This fall she will be lecturing in my class PO 235 [Intro to World Governments] when we study Russia later in the term.”

This semester Mashtakova is enrolled in a variety of classes, including political science, mass media, history and sociology. She also traveled to Iowa last month with students from Beatty’s Contemporary American Politics course, and had the opportunity to meet 2008 presidential candidates.

In recent years, the Chechen rebel forces have presented a major terrorism obstacle to the regime of Russian President Vladimir Putin. Mashtakova said that the rebel forces are not as much of a threat as they once were, but people in the country still remain in fear of terrorism after several major attacks in recent years.

“It’s a very difficult period in Russia,” said Mashtakova. “We have had shifts in the economic and political system and the way we think. The threat of terrorism is still a major problem in Russia. We’ve had some terrorist attacks on railways, underground trains and a movie theater, and people are pretty scared.”