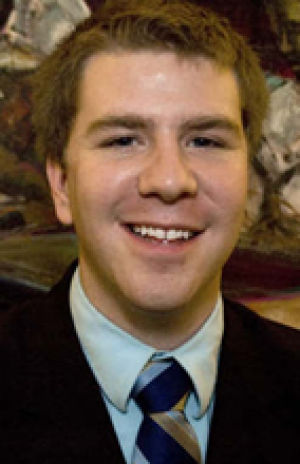 It’s the million dollar question that elementary education major Clayton Schrader has been asked on many occasions: “Why do you want to be a teacher?”

The senior, who is set to graduate with his bachelor’s degree in May 2008, is overflowing with a number of strong answers, not to mention experience.

While nationally nearly 50 percent of new teachers leave the profession in the first five years because of lack of support, lack of inclusion and low salary, the conference themed “Quality Education: A Hero’s Journey” was designed to help future teachers connect with the classroom, their peers and educators alike. Students were able to participate in firsthand academic training as well as sit in on professional development seminars that addressed classroom issues that are currently the most relevant and critical.

“This conference is really a phenomenal orientation,” said Schrader. “It gave us the opportunity to develop in our profession through networking with 300 students from across the nation.”

Schrader’s developed network has him feeling confident about starting a career in teaching. He looks forward to working with students who are hearing-impaired, as the emphasis of his degree is special education.

“Teaching is one of the few careers that we actually gain experience in while we are still in grade school ourselves,” said Schrader. “I can only hope that I am as extraordinary of a teacher as my own teachers were for me.”

Currently, school districts across the United States are struggling to adequately fill teaching positions. As older educators begin to retire, the education industry has turned to the next generation in search of the new “head of class.”

Recognizing that the transformation from college student to actual teacher is difficult and overwhelming for some, the NEA conference focused on preparing students through encouragement. This same encouragement ensures that children are getting a solid education in their public schools.

Schrader explained that part of being a quality teacher is having a strong support system on which to consult and lean.

“I feel like I can do great things with my degree because I’ve been given a lot of support before the start of my profession,” said Schrader. “I also feel that I’ve gained a lot of experience in education through staying extremely active in elementary education.”

Throughout obtaining his degree Schrader has worked at a number of practicum. While he presently holds a job at a church teaching youth group, he has also tutored and spent time in the 501 district as well as the rural Seaman district, interacting with first, fourth and fifth graders.

One of the top highlights of the weekend conference was special guest speaker Manuel V. Scott, the real face behind the story told in the recent movie “Freedom Writers,” featuring two-time Academy Award winner Hilary Swank.

“He was a very good, dynamic speaker,” said Schrader. “I really liked that he talked about not underestimating the abilities of other people.”

While he is a native of Salina, Kan., Schrader explained that he does not plan to tie himself down geographically. He is keeping his options open as he hopes to obtain his master’s in the future.

“Ideally I would like to find a job teaching fourth grade, but I’ll probably end up moving away from here just so I can experience a little bit more of life,” said Schrader.