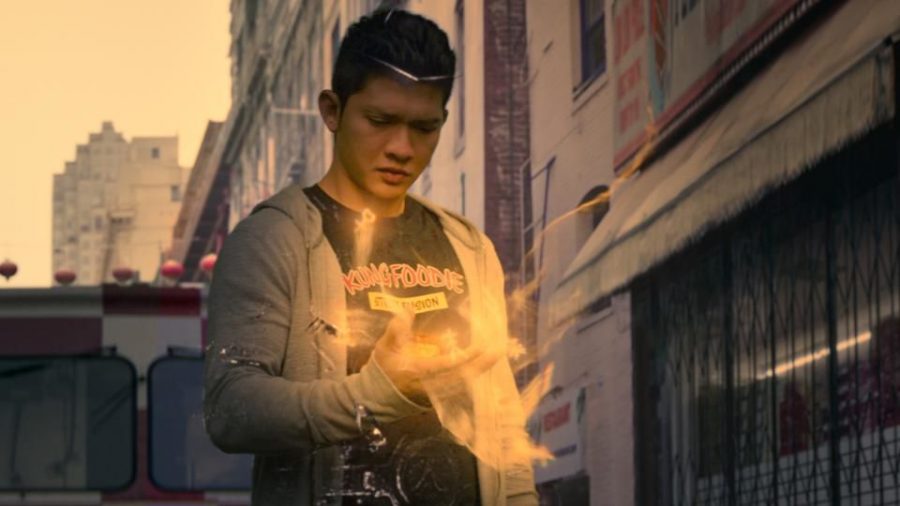 Big Trouble: Iko Uwais as Kai in 'Wu Assassins'. While boasting a great cast and excellent fight scenes, I really can't recommend watching 'Wu Assassins' unless you are a diehard Iko Uwais fan.

Awesome fight scenes and Iko Uwais, what could go wrong?

It turns out that everything besides the fight scenes went wrong. ‘Wu Assassins,’ while boasting absolutely amazing fight scenes, as well as a great cast, has to be one of the most disappointing series I have watched in quite a while.

The series is about Kai Jin, a half Indonesian, half Chinese chef in San Francisco. Kai soon discovers that he is the last ‘Wu Assassin’, a line of warriors who wield elements whose sole purpose is to kill the Wu Warlords, a group of shadowy supernatural beings. The premise is interesting at least. Sadly, ‘Wu Assassins’ often falls into a trap that the lesser Marvel Netflix series had: poorly written melodramatic subplots. Don’t get me wrong, I love the weird cheesy action shows, and in the case of ‘Into the Badlands,’ they can be done very well, but, besides the fight scenes and sometimes fun story, ‘Wu Assassins’ is nothing to write home about.

The first sin this series makes is wasting the leads. Uwais is known for ‘The Raid’ films. Two brutally violent and grounded action movies that are absolutely some of the best the martial arts/action genre has ever seen. In this series, he is relegated to a ‘chosen one’ trope, and his character itself is bland. The same goes for Katheryn Winnick, who plays an undercover cop and just like every other character in this show, is REALLY good at fighting people. Then comes in the villain, Kai’s father, Uncle Six (Byron Mann), who really is a weak villain because he is essentially the voice of reason in the show.

One thing I have to criticize specifically is the soundtrack. Sort of like the cinematic masterpiece that is ‘Suicide Squad’, every other second there is a some licensed song, and while that is pretty annoying in the first place, it is made even worse with how terrible the songs are, and how nearly every single one is out of place. This happened in every episode, and I got so annoyed with it that once one started playing I just muted the TV. In addition, the magic aspect of the show is visually awful.

Overall, ‘Wu Assassins’ has a solid cast and has some great fight scenes, but that’s about it. Normally martial arts fantasy things can be a fun time, but as soon as the actual ‘Wu Assassin’ concept came into the mix, it went downhill. Aside from a few exceptions, it stayed that way. Had it been a more grounded crime series (see Cinemax’s ‘Warrior’) and not filled with plot holes, abandoned plot points, and the story itself making no sense at all, it could have been decent. It got to a point where I was actively frustrated with it and wanted to turn it off. Honestly, unless you like Iko Uwais and well-crafted fight scenes, I don’t recommend watching this show. The only thing keeping it a step above ‘Iron Fist’ is the fight scenes, and otherwise, you’re better off watching ‘The Raid’ instead.