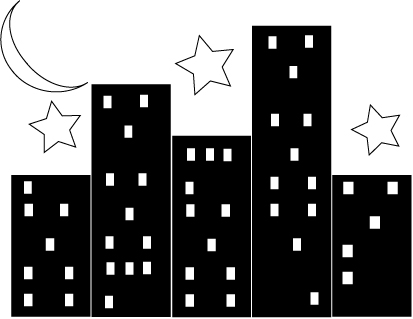 What is your biggest fear? This is a common interview question that students hear when applying for programs, internships and jobs. It is usually followed with a common answer, such as death. But I have a much different answer.

Credit cards are scary little pieces of plastic that trap students into hundreds of dollars’ worth of debt. However, it is possible to outsmart them. Students just need to say no. When retail employees at the mall start talking about signing up for their one-of-a-kind, full-of-benefits store credit card, ignore them. They are lying.

How do I know they’re lying? Because I work in the mall. When I try to convince customers to sign up for an in-store credit card, I will tell them anything they want to hear as long as they sign up.

Don’t feel bad, though, even if you carry more than three credit cards in your wallet. I was one of those people until recently, when I decided to fight back. I dumped out my wallet, grabbed a pair of scissors and created a nice little pile of multi-colored plastic pieces. I was tired of being hustled by outrageous interest rates and annual fees. Although paying off all those credit cards was an unpleasant memory, there were a few things that I learned from my lesson and I would like to share them with you.

First, the entertainment isn’t worth it. I know it may seem smart and simple to just swipe your card when you run out of cash at the bar or when you really want four shirts from Charlotte Russe instead of two, but the amount of money you may pay in interest isn’t worth it. Plus, if you are forgetful like me, you can save yourself a lot of money from not having to pay late fees on the credit card bills.

Second, only one card is actually necessary. If you get a Visa or MasterCard credit card, that will be the only card you need. They are accepted almost everywhere. It is necessary to have one card so you can use it as an emergency cushion, in case you really need the money for something but don’t have the cash on hand. But having a credit card for every store in the mall is ridiculous and will only encourage you to spend more.

Third, debit cards are a much better solution, especially if you don’t like to carry cash. When you use your debit card the money will come straight from your account, which will keep you from spending “imaginary” money that you don’t really have. As an added bonus, a lot of debit cards have rewards for when you use them.

Finally, don’t be tempted by the offers that store credit cards will grant you. Sure, the 10 percent off you would get if you signed up might be nice, but the credit card bill with the 21 percent interest rate you get a month later will not be. If you can’t afford the purchases, then talk to the store about potential layaway plans or save your money for a future purchase. Don’t fall for the retail gimmicks.

Now that I have conquered those nasty, manipulative pieces of plastic, I can go back to being an ordinary college student with the typical fear of death. I hope you won’t fall into the same trap as I did. But if you do, remember that you can always fight back. In fact, I would even approve of one last credit card purchase – a good pair of scissors.