‘Rambo’ back with boom after 25 years of silence 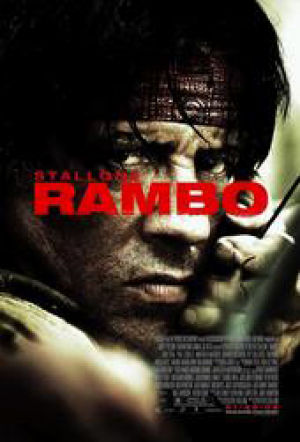 As a metal smith, riverboat captain and snake handler, 60-year-old John Rambo is still a man who can get the job done. It has been 25 years since his first run-in with the authorities and Rambo, played by Sylvester Stallone, now resides in the jungles of Thailand.

While Rambo is holding a cobra one day, he is approached by a church missionary group. The group members need to get medicine to a village in Burma, and they ask Rambo to take them there in his boat. Rambo refuses their request, though, because Burma is in the midst of civil war. Apparently even Rambo knows a suicide mission when he sees one.

The only female in the group is an attractive, middle-aged blonde woman named Sarah Miller, played by Julie Benz. She attempts to persuade Rambo to reconsider by launching into an impassioned, entirely forgettable speech about how “trying to save a life isn’t wasting your life.”

Her unremarkable speech is all it takes to change Rambo’s mind. Without delay he takes the missionary group up the river, where they are soon attacked by pirates. There is a great deal of carnage, with brains and limbs flying all over the place. Even though he has to kill several pirates Rambo finally gets the missionaries to their destination. Then he returns to Thailand, where he has disturbing flashback dreams containing scenes from the original “Rambo” movie interspersed with Miller’s speech.

A couple of weeks later Rambo wakes up from one of his flashback dreams to find a stranger standing outside his hut. The man tells Rambo the missionary group was taken captive by the evil Burmese army. He asks Rambo to travel up the river to Burma again, this time with some tough-looking mercenaries who will attempt to rescue them.

So Rambo hops into his boat once more and returns to no-man’s-land, where more carnage almost certainly awaits him and the mercenaries.

Ultimately, the saving grace of “Rambo” is its vigilante brand of jungle justice. In the real world, for example, if a group of ruthless military thugs decides to execute several unarmed men nobody will be able to stop them. But in “Rambo,” when ruthless military thugs prepare to execute several unarmed men, one of the characters barely has time to say, “There’s nothing we can do to stop them,” before Rambo jumps out of the bushes and blows up the bad guys like some kind of guerilla war god.

“Rambo” is one of those movies where die-hard fans will have a good time, even though they’ll probably forget everything about the plot within a week. Otherwise, it’s an all right movie for people who can tolerate incredibly violent explosions and hundreds upon hundreds of gratuitous deaths. And for people who are not into that sort of thing – well, those people should never, ever watch anything that contains the word “Rambo” in the title anyway.