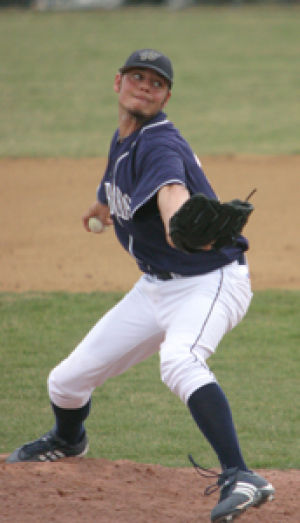 The snow stopped falling, Falley Field had finally reopened, and it appeared the Ichabods were in a groove. Then they played Central Missouri.

Prior to last week’s road series the Bods played well in their first conference home games, winning a series against Southwest Baptist 3-1. However, any momentum WU gained by winning three straight at home was lost after being shut out in game one at UCM.

“They were just pitching perfect in game one,” said sophomore Wes Joy. “We just couldn’t get anything going against them the whole game.”

UCM starter Jared Potts made sure the Mules’ two runs in the second inning would be enough for a victory by striking out 12 Bods and pitching a two-hitter. The Mules’ two early runs came off four singles, and UCM added two insurance runs late in the game to win 4-0.

doubleheader was tightly contested but still ended in a 4-3 UCM win in 14 innings. Brett Sorensen drove Joy in on a fielder’s choice in WU’s half of the ninth inning to extend the game into extra innings. Neither team was able to score until Chris Brown reached on an error and was later able to “Kiss, Kiss” home plate to end the game.

“We played better in the second game,” said Joy. “We were getting guys on base but we just couldn’t get them home, and that’s what makes the difference in close games like this one.”

The second day of games produced even worse results, as the Bods lost 9-1 and 10-3. The Mules scored more than once in four straight innings in the day’s first game, six of which came off starter Bryan Stroth. UCM starter Mark Carey struck out six and gave up WU’s lone run in the sixth.

Joy generated some offense for the Bods in the series’ final game with home runs in the first and sixth innings, as well as Calvin Iversen, who hit one in the eighth. However, all three were solo shots and WU dropped their fourth straight game 10-3.

“We hit the ball a little better in the last game,” said Iversen. “But our confidence was down a little bit after those first few losses. Hopefully, coming back home we can get that confidence back and start winning some games again.”