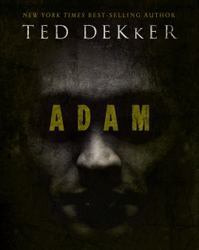 ?”Adam” is the newest novel by New York Times best-seller Ted Dekker,?and has been called his best work. The story follows FBI agent Daniel ?Clark, who is obsessed with finding a killer they have named “Eve” who has?killed 15 women. Clark follows a lead about a 16th murder in progress,?and when he follows up on it he is killed.??

After being resucitated 20 minutes later, he realizes that he needs to recall what happened in the minutes before he died so he can identify the face of the serial killer. He has been obsessed with “Eve” for ?years and has lost his wife because of this obsession. Now he may ?lose his life trying to save her.

Throughout the book are excerpts from a magazine telling the story of ?brother and sister, Alex and Jessica Price, who were kidnapped at a very ?young age and tortured until their adulthood. It brings a nice break ?between the action that occurs during the rest of the book, and also provides ?a lot of understanding to the main story.??

The story didn’t really grab me in until about the third chapter but then it did not let me go until long after I put it down. It is ?super creepy and with my imagination, it was a bad choice to read it ?at 2 a.m. in an empty apartment. Certain passages make you ?think something is going to pop out of the ?wall and eat you. ??

It deals heavily with demon possession, with echoes of “The Exorcist.” Parts that should have been very tense were made humorous to me beacause it basically quoted the movie (“The power of Christ compels you!”) but it didn’t ruin the whole atmosphere. Overall the novel was heavily researched ?and very interesting. It deals with possession, near death ?experiences, and profiling of criminals like no other book I have ever ?read. “Adam” comes out April 1 in major bookstores, and should ?definitely be picked up for an amazing read.?