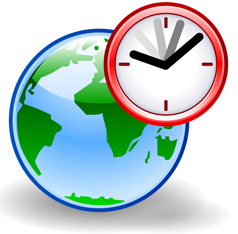 When students studying abroad say final good-byes to their host country and have farewell parties, they may not know that something unexpected lies ahead to knock them down when they return home. It’s called reverse culture shock, also known as re-entry culture shock.

“When I landed off the plane in Chicago, I was even shocked by all the lights on the street,” said Kylee Boss, a social work major who went to Nepal to work in an orphanage. “Everything is so very, very organized in America, while I have been used to the craziness in Nepal.”

Often students who have been abroad expect to pick up exactly where they left off, or picture an idealized view of home when they return. But in reality, home may fall short of what they have envisioned or things may have changed there. Therefore, they may have difficulty readjusting to the realities of the U.S.

“After I came back I felt I was back in track with my friends, because they all talked about things they did in the summer and it seemed that I did nothing,” said Kelli Ambrose, a sociology major who went on a trip to China last summer.

Students who have been abroad expect total familiarity during their re-entry, but friends and families have their own lives and things have changed in their own ways.

When Boss returned home, she expected her family to change with her. She tried to impose her feelings on her family by showing them pictures and talking about the trip, but that didn’t necessarily work.

“I thought life stopped when I left and started again when I came back,” said Boss. “But actually, life has to go on without me.”

Students get more upset when they think no one seems to really care about their “when I was abroad” story. Heidi Staekel, International Programs coordinator, remembers the feeling even after more than 10 years.

“When they asked me ‘how was it?’ it seemed that they wanted me to answer it with one word,” said Staekel, who studied in Germany and Austria. “It made me more upset when people kept thinking that I studied in Australia rather than Austria.”

Trapped by reality, students who undergo reverse cultural shock usually experience feelings of frustration, anger and loneliness. Ambrose felt “angry” at people here when she just came back from China.

“They need an outlet to share their experience in details,” said Tina Williams, International Programs coordinator.

Student counseling services is also a good place to go. Trained counselors there can help students deal with this problem.

Students may think reverse cultural shock starts after they came back to the U.S., but it begins before they leave their host country. Reverse culture shock is usually described in four stages: disengagement, initial euphoria, irritability and hostility, and readjustment and adaptation.

Stage 1 begins when students begin making preparations for their return home. The hustle and bustle of finals, good-bye parties and packing can intensify their feelings of sadness and frustration.

Stage 2 usually begins shortly before departure and is characterized by feelings of excitement and anticipation – even euphoria – about returning home. This is similar to the initial feeling when they first entered the host country.

Stage 3 is the transition period. Students may experience feelings of frustration, anger, alienation, loneliness, disorientation and helplessness and not understand exactly why.

“Students will feel lonely and miss their friends abroad when they try to fit back in and find the place where they belong to,” said Williams.

Stage 4 is a gradual readjustment to life at home. Things will start to seem a little more normal again and students will probably fall back into some old routines, but things won’t be exactly the same as how they left them.

“It’s hard to get back to what you were before you came to China,” said Ambrose.

The difficulties of readjustment vary, but in general the more a study abroad student gets involved in the host country, the harder it is to readapt during re-entry. Most people will get readjustment done.

“I haven’t had many students with major problems. Most of them can overcome it without outside help,” said Williams. “The only problem is the time.”