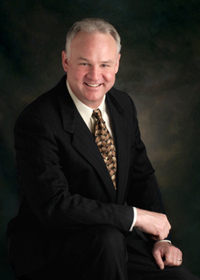 From hauling trash to hauling legal documents for clients, Keen Umbehr turned a battle with the Wabaunsee County Commission in to an educational and professional success.

In 1981, a 22-year-old Umbehr operated the garbage collection system in Wabaunsee County. While still running Solid Waste Systems, Umbehr began writing articles for The Wabaunsee County Signal-Enterprise addressing various issues he viewed as mishandled by the County Commission in a column called “My Perspective.”

In 1990, the County Commission attempted to revoke Umbehr’s contract to run the garbage collection business. Umbehr suspected it was a result of his negative articles, particularly after the Commission voted to end the Signal-Enterprise’s prestigious position in Wabaunsee County when editor Bob Stuewe refused to censor Umbehr’s articles. In January 1991 the Commission was successful in canceling Umbehr’s contract with the garbage hauling company, and Umbehr chose to fight steadfastly, with the support of his family, for protection of his right to freedom of speech given in the First Amendment.

After a district court judge dismissed the case before it went to trial, a decision by the U.S. Court of Appeals said Umbehr should be allowed to present his argument for First Amendment rights at trial. Wabaunsee County Commission lawyers appealed to the U.S. Supreme Court, and the justices accepted the case on the grounds that it might help to clarify a law that would keep situations like the Umbehr’s from coming up again. In the end, the Supreme Court voted 7-2 in favor of Umbehr. Afterward, Umbehr went to trial in the U.S. District Court in Topeka and was awarded $100,000 in damages.

Throughout the course of his legal saga Keen Umbehr made use of the Washburn law library, researching similar cases. After winning his case and selling his company, Umbehr received a degree from Kansas State University. He then graduated from Washburn with a law degree in 2005. Currently he practices criminal and family law in Topeka and his hometown of Alma, Kan.

Keen’s wife, Eileen, wrote a book called “Small Town Showdown” documenting her husband’s legal struggle and his path to triumph. According to Eileen, the book outlines the factual elements of the experience rather than the personal. The book includes legal documents and published articles concerning the case as well as columns written by Keen.

“It became clear from the beginning that I was not going to be able to tell both sides,” said E. Umbehr. After each meeting of the County Commission, Eileen sat down with pen, paper and a tape recorder, keeping a written record of everything that was said.

“In the process, the whole time, I was capturing the most noteworthy,” said E. Umbehr.

Eileen Umbehr believes students at many levels of education can benefit from studying the book.

“High schools, colleges and possibly law schools could really benefit from following the story because it happened to real people,” said E. Umbehr. “It could be used in schools as a case study. It is a good story of how a case does go from small town middle-class [people] to finding yourself in a First Amendment battle.”

According to Keen Umbehr, not only can students benefit educationally from his story, but they can learn life lessons as well.

Keen Umbehr promotes developing an interest in politics early. His involvement in politics helped him preserve the freedom to speak his mind, ultimately on a national level.

“Get involved in politics to make the world in which we live a little better,” said K. Umbehr.

As for Eileen, the emotional benefits of chronicling this time that consumed 15 years of her family life were great.

“It was a cleansing feeling to pull it all together and capture that between the two covers of a book,” said E. Umbehr.