The Washburn Review • May 5, 2008 • https://washburnreview.org/19891/news/washburn-mens-soccer-club-wants-to-become-an-intercollegiate-team/ 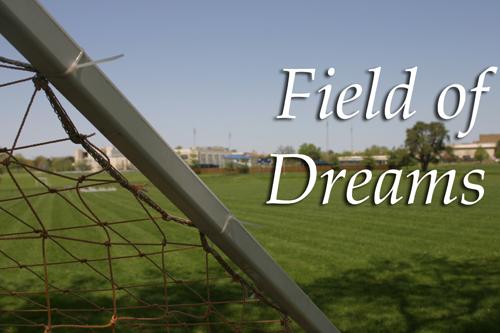 With 24 dedicated soccer players, the Washburn men’s soccer club is trying to gain the support it needs in order to become an intercollegiate sport.

The club has practice 7-9 p.m. every Sunday in the Student Recreation and Wellness Center. It is also involved in soccer intramurals but is split into two different teams, where both teams advanced to the finals. The men’s soccer club is taking advantage of every opportunity it has to participate in games and soccer leagues to help prove it is ready to play at the intercollegiate level.

“We encourage everyone to come watch our games and our practices whenever they can,” said Yared Firdawork, a two-year veteran of the club. “I definitely feel that our men’s soccer club has future potential to become a sports team at Washburn, right now we are trying to get our name out there.”

The Washburn men’s soccer club is taking steps to gain support and recruit more players so that eventually it can try to become an intercollegiate team. To help gain student support, club members have a Facebook group where they list the times and dates of their games and practices. However, the process of becoming a sports team at Washburn isn’t so easy and may take a lot of time.

The WU athletic department has specific criteria for adding an intercollegiate sport, including certain steps. The first step states that a club must be a club sport for at least two years with a strong indication of continued student interest for the sport. The department will look at the number of students participating in the club sport and if they are able to play competitively at the intercollegiate level. They also look at commitment from the members in practice and competition, as well as if there is stable or increasing number of students participating in the sport. There needs to be a qualified individual able to coach at the intercollegiate level. The athletic budget also needs to be able to support the additional sport. The sport is also reviewed by the Faculty Athletics Committee and the committee makes a recommendation to the president. Finally, with the addition of the sport to the athletic program, it must not adversely affect the proportionality of men and women in athletics compared to the number of male and female students enrolled.

“We need all the support we can get,” said team manager David Destoler. “We need to recruit more players and will also need support from the athletic department and with that, there is a possibility in the future for a men’s soccer team.”