Why Obama will be the next President 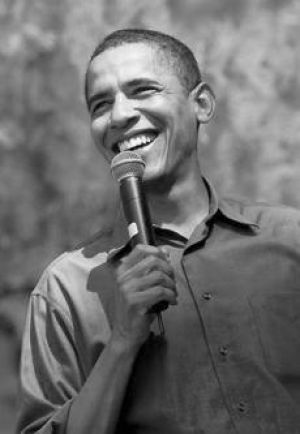 Barack Obama will be the next President of the United States because you are reading this article.

I know what you are thinking, what does me writing this article and you reading it have to do with Obama winning this election? I know it sounds outlandish, so give me a few minutes of your time to explain.

Obama has been enjoying lots of attention from the press, and rightly so, he is a Presidential candidate after all. Just flip through the news channels or newspapers and you are sure to see Obama more than once. He is all over the place. This is why McCain launched his ad calling Obama “the biggest celebrity in the world.” After the backlash this ad created in the campaign and in the media itself, I realized something, the “mainstream media” is in the bag for Obama.

Let me explain. The media took offense to the McCain ad because it was, in part, a shot at them too. They seem to have created and continue to be perpetuating his “celebrity” status. I mean, who ever heard of Barack Obama four years ago? And what exactly did he do in these past four years to gain his celebrity status? I argue that he hasn’t done anything to earn his status, but instead, that he has been given a leg up by the powers that be in the national media.

While the media has been reporting his every move, they have not engaged in any type of critical analysis of either him or his past. No investigative reporting has been done on him, short of the pieces done by Fox News and other conservative news outlets, and such reports are quickly dismissed as being biased. (As if bias is synonymous with untruth.) The problem is, while everyone knows Fox’s bias (they wear it on their sleeve), no one seems willing to acknowledge the bias that is running rampant in the mainstream media.

I have noticed that MSNBC and CNN even seem to be doing Obama’s work for him. They over-analyze McCain’s every move, every statement, and every slip of the tongue. Did they cover with any depth McCain’s superior performance at last weekend’s forum between the two? No. In fact, they even accused McCain of cheating, without providing any facts to back it up.

When reporting Obama’s recent tumble in the polls, all they talk about is what he can do to make a comeback. They subtly suggest that the only reason he will lose is all those racist white men and dis-enfranchised women voters. Could it be that there are still people who actually want to get to know their candidate and desire experience and a long history of public service in the White House?

In closing I would like to ask you, would you have even read this article if McCain’s name had been in the headline instead of Obama’s? Try to view this week’s news coverage with open eyes and an open mind; see if you, too, notice the one-sided nature of the mainstream media. In two weeks we will see if there is as much fervor in reporting who McCain will pick as his VP as there has been over Obama’s pick.