IN THE STANDS: Athletics this year call for Aspirin 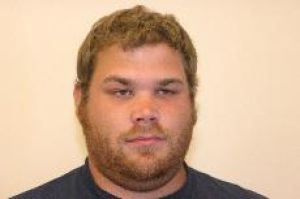 2008 has been one hell of a headache so far, at least in the sports world. We started off this new year with one of the greatest Super Bowls in recent memory as the New York Giants wrecked the New England Patriots dynasty after so much hullabaloo about spy gate. What? Hold on, I thought teams were supposed to watch film on their opponents, oh wait, they are.

Moving on, KU won the men’s basketball title, but they still lost to in-state rival Kansas State. It was bound to happen sometime. I won’t say too much more because it might be considered ‘patently offensive,’ so I won’t.

Back to football and the third largest city in Nebraska, a.k.a. Memorial Stadium, head football coach Bill Callahan is fired, and is replaced by LSU defensive coordinator Mark ‘Bo’ Pelini. Everyone knows that Bo knows defense and could revive the Blackshirt defense that’s been missing since they were mercilessly throttled by KU who hung 76 points on my Huskers. Excuse me I need to lick my wounds, right after I lick the salt off my hand and slam down this shot of Tequila.

Going on to baseball, Congress spent God knows how much money on a steroid witch-hunt through the ranks of the MLB. Wow, and we elect these people? Go figure. Skipping past the rest of baseball, because the Royals surprised no one this year with their performance, we come to Brett Favre.

Pass me the bottle and some tissues for this one. Favre doesn’t play in Green Bay anymore. After so much controversy about his retirement and comeback the Packers offered him 20 million dollars to stay away, and Favre refused. Why? I can’t tell you, but if they would’ve offered me, I’d be sipping umbrella drinks on some beautiful, drunken, island paradise. In Brett’s defense, no other player ever played with more boyish love for the game than Brett Favre, which makes me wonder is this the dawning of ‘Broadway Brett.’

Off to Beijing we go. The Olympics have been controversial this year with numerous protests during the torch run, but bigger than that has been the performance of the U.S. men’s and women’s swim teams. Dara Torres showed her cougar power capturing two silver medals at the age of 41. Damn, that’s hot.

And finally we arrive at Michael Phelps, what can I say eight Gold Medals at the age of 23. Mark Spitz step aside because Mike Phelps just sunk your battleship. Good job Mikey.

And we come full circle as we get back to football. Washburn’s camp ended Saturday as the Ichabods are ranked fourth in MIAA pre-season polls with Arm-Pitt State, UNO, and Northwest Misery State composing the top three spots. Go kick some tail sons of Father Washburn.

I love football season, and beer, and brats. Life is good.