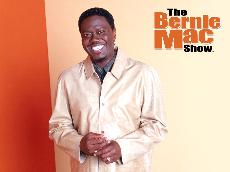 As Cedric the Entertainer scanned the crowd of more than 6,000 gathered on Chicago’s South Side to remember Bernie Mac on Saturday, he cracked that the comedy king was “still the hottest ticket in town.”

Fans, friends and fellow celebrities descended on the House of Hope megachurch to bid their farewells to a man who never forgot his humble Chicago roots. Hundreds of mourners had never even met Mac‚ or had met him only long enough to shake his hand, get an autograph or thank him for representing his neighborhood.

Mayor Richard Daley recalled that Mac was in his office recently, asking how he could help fight violent crime in the city.

“He wanted to help get children away from a life of crime and violence,” Daley said during the service. “That’s why he’s the king of comedy. He never lost his soul in Chicago.”

Mac died Aug. 9 at age 50 of what his publicist said were complications from pneumonia. He had been at Chicago’s Northwestern Memorial Hospital since the middle of July.

Samuel L. Jackson, who co-stars with Mac in the upcoming movie “Soul Men,” spoke at the church, saying he knew Mac “was having some health issues, but he always said to me every morning that he was always good.”

Isaac Hayes, who died Aug. 10, also stars in the movie, and Hayes’ music was played during the service.

Jackson observed that Mac didn’t mind the loss of privacy that comes with fame.

“He never turned that kid down for an autograph,” Jackson said. “He always had time to shake a hand. He was always that kid from Chicago who wanted to make everybody happy and everybody laugh.”

Outside, traffic was tied up for blocks, vendors sold memorial T-shirts for $10, and Chicago waiter Timothy Strickland manned a makeshift shrine featuring photos, including Mac’s 1971 eighth-grade basketball team picture. A sign read: “Thank you, Bernie, for showing that good people do come from Englewood.”

Mac grew up on the South Side in the Woodlawn and Englewood neighborhoods.

Steve Harvey, D.L. Hughley and Cedric The Entertainer, his co-stars from the documentary “The Original Kings of Comedy” took the stage together at the church.

Hughley recalled that he and the others eagerly awaited Mac’s stage attire each night. He said: “Bernie would wear colors that crayons hadn’t even thought of yet.”

He said he met Mac in Detroit, but that Mac always wanted to talk about Chicago.

“All he talked about was his family and this city,” Hughley said. “He loved this city.”