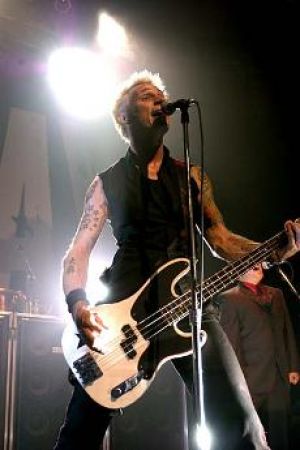 “I don’t wanna come back down from this cloud.”

“It’s not enough, I need more. Nothing seems to satisfy.”

“Sometimes I give myself the creeps. Sometimes my mind plays tricks on me.”

“Despite all my rage, I am still just a rat in a cage.”

Did you just start to sing some of these quotes? Well, that is perfectly understandable; you simply must have had some stock in the music that filled the nineties, and you are by far, not the only one. The nineties was a time of great music change, and several generations were and are likely to be affected by it. And, while I know I could probably write this whole column on how great the nineties were, let’s face it: the nineties are gone. The music however still lingers, and even some of your once favorite bands are alive and kicking. Though some are for better and some are for worse.

A couple of bands from this era that should totally impress you, if only for their true staying power, are Green Day and Tool. These two bands, loved for quite different music, have successfully made it into, through and past. Green Day has been around since 1987, but in the mid-nineties, they blasted onto the scene and made it big with their album, “Dookie.” They have gone on to create the very popular “American Idiot” album. The other is Tool, who’s “Aenima” was a breath of fresh air in the nineties. Today they are still a crazy powerhouse with a huge fan base. A friend of mine who bought a ticket to Tool’s last tour actually found out that they were really lucky to get one; that particular venue sold out in minutes.

Some bands that haven’t been so lucky: Bush and The Smashing Pumpkins. They had their time in the nineties but have had trouble matching it. Bush never separated, but hasn’t been able to make an album with the allure of “Sixteen Stone” and The Smashing Pumpkins have reformed, but have not created a major buzz yet. I guess some of the euphoria that was the music I grew up with is just meant to stay a memory.