Lipstick jokes are getting old 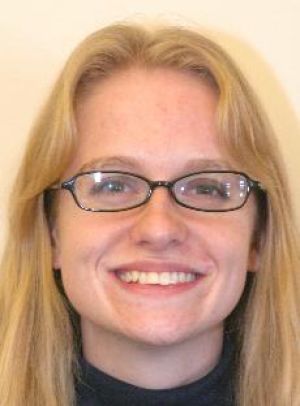 It boggles the mind, what politics can degrade into. Mudslinging has been part of the electoral process since the early American Republic. However, the sheer stupidity that this election has devolved into so quickly is just ridiculous.Sure, Sarah Palin’s joke about what the difference between a hockey mom and a pit bull is. Lipstick. Great, ha ha, she’s fiery and she riled up the Republican delegates at the national convention. Sometimes a well-placed joke about gun control or Darwin can do that. Her interview with Charles Gibson and ABC News left me unsure she had any idea which one she was supposed to be – the soccer mom or the pit bull. She said certain things, like how energy is a foundation of foreign policy. So, the only reason we’re in Iraq is oil? Hmm, she sounds like the evil media she is not out to make friends with. Barack Obama seems to be at a loss as to what to do.He made some poor joke about putting lipstick on a pig and it still being a pig and he also made a joke about wrapping up an old fish and it still smelling. He has an opportunity to go on the offensive and explain what he wants to do as president. “The Sarah Palin Show” that the Republicans created seems to have knocked him from his platform. Everyone is more interested in her, her pregnant daughter and those rimless glasses she wears. I do not care that she likes to shoot moose in the Alaskan outback, that her daughter is pregnant or her glasses. Obama is missing the mark here. Sure, his running mate, Joe Biden is (literally) old news, but there needs to be some discussion of him, his policy ideas and how he thinks of the Bush doctrine. The public should not have to wait until the vice-presidential debates.I am not sure what Palin brings to the table, other than that she’s hotter than Biden, by a long shot. I am also not sure what Biden brings to the table because none of the major cable news outlets have discussed him. Instead, preferring to give in and cover Palin’s personal life and questioning her credentials.Obama raised $66 million in August. What is he doing with all of that money? Calling John McCain a cold, old fish.This will be the first presidential election that I am old enough to vote in. I am excited to cast my vote. Perhaps I am ignorant, but I want to know about policy issues. Issues that are going to be important to me, like student aid for college, health care and some consistency and sanity in our foreign policy.For the most part, I have written Sarah Palin off. From what she has said in the press and in speeches, I am not sure she has any idea what is going on. It scares me that she might become president. On another note, I want to know that Joe Biden is not the next Dick Cheney.At least make the mudslinging interesting – comparisons to Paris Hilton and stupid jokes about lipstick are boring. How about Tina Fey for president?