Bods bear down in tough victory 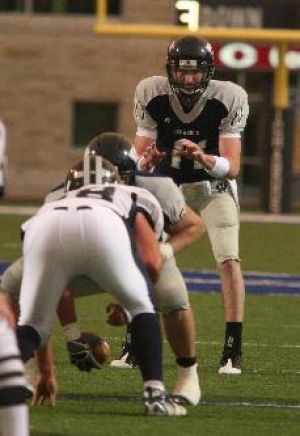 When Washburn scheduled Missouri State in the offseason, the game was expected to be a learning experience for the Ichabods.

The Bears and Bods used to meet regularly until 1981, when MSU left the MIAA to become a Division I school. This season, only the most optimistic fans foresaw WU contending in their road trip to Springfield, Mo.

The Football Championship Subdivision (formerly 1-AA) Bears (0-1) were hosting the No. 17 Bods (2-0) in their home opener, unveiling a new multimillion dollar scoreboard to 10,360 fans and expecting an easy win against a Division II cupcake.

Feeling confident after a 27-3 win against Colorado School of Mines, the Bods had different plans for their Thursday night hosts.

“We didn’t have many people thinking we’d win,” said defensive end Eric Lawrence, who had four tackles in the season opener. “But we showed the critics what we were all about at Missouri State.”

MSU was stopped one yard short of the end zone on their final drive and the Bods left Bear country with a 35-27 victory.

“The boys worked hard for this win,” said head coach Craig Schurig. “We have a lot of confidence as we head into the conference games.”

And despite what the final score said on the brand new Jumbotron, the game wasn’t even as close as the numbers suggested. In quarterback Jake Iverson’s second career start, he again put up big numbers through the air.

The first score of the night came on a 29-yard pass from Iverson to receiver Brad Cole on an opening drive that consisted of eight plays spanning 71 yards in just more than three minutes.

“Our offense has been improving at every practice and game we’ve had,” Lawrence said. “The offensive line has some experience playing together and that helps our quarterback out. He’s been doing a great job of leading the offense.”

The Ichabods scored again on a 12-yard run by Iverson, making the lead 14-0.

However, MSU, led by former Kansas coach Terry Allen, stormed back, scoring on a 32-yard pass and recovering a WU fumble to set up a game-tying touchdown early in the second quarter.

The scoring then halted until the 4:13 mark when WU reached the end zone to break the 14-14 tie. After the teams exchanged punts, Bruce Ringwood intercepted a pass and returned it to the MSU 33, allowing Iverson to sneak into the end zone on a 1-yard run.

On the next WU drive, the Bears defense stuffed the Bods on fourth down to take over with under a minute on the clock. Just 38 seconds later, the score was tied again and MSU got the last laugh of the first half.

The Bears opened the third quarter with a field goal to take their first lead of the game, but the Bods responded with a Terrence Lowe 1-yard burst into the end zone.

WU’s four-point lead turned into a comfortable 11-point margin after a 9-yard pass from Iverson to receiver Drameagon Powers gave the quarterback his fourth score of the day, and put WU ahead 35-24.

“We knew he was talented,” Schurig said of Iverson. “He is poised and continues to make good decisions.”

Zach Watkins intercepted a pass to give the ball back to WU, but the offense could not convert the turnover into points. MSU scored on a field goal, making it a one possession game at 35-27.

The two teams exchanged punts and MSU had the ball with 3:34 left in the game and excellent ball position on the WU 39-yard line. With a fourth-and-goal on the 15-yard line, MSU completed a pass and the receiver carried it to the 1, where he was stopped short of the end zone by Casey Curran, allowing the Bods to run out the clock and end the game.

The game’s statistics are almost as surprising as its outcome. MSU out-gained WU 433 to 374 in total yards in their losing effort, which shows two things: WU special teams played a major role in the outcome of the game, and the defense was able to make stops when it mattered most.

Punter Austin Hills kicked the ball four times for a net gain of 152 yards, an average of 38 per punt. MSU punters averaged a measly 23 yards on their six punts. Returners for the Ichabods gained 95 yards on five kickoff returns and kicker Garrett Cummings kicked-off six times for 341 yards while going 5-for-5 on PATs.

“Our special teams were big,” Schurig said. “We won the punting game, which gave us good field position throughout the game.”

The defense forced two interceptions, sacked the quarterback three times and was most impressive on the game’s final stand, with their back to the wall and the offense closing in. The MSU offense only had to move the ball 39 yards for a touchdown, but the defense held their ground and forced a turnover on downs.

“The defensive line handled the Missouri State O-line, which is their team strength,” Schurig said. “They had a good offense but we really did a good job of closing the deal in the fourth quarter.”

The win will serve as a confidence booster and provide momentum for the Bods as they head into conference play next week at Fort Hays State. The team’s national ranking is likely to improve as well, as they continue their rise from unranked into the upper echelon of the Top 25.

Opposing teams, especially rival MIAA schools, now know that WU is a force to be reckoned with after beating a Division I school that was supposed to be on a different level than the Division II programs they once competed with.

The Bods won’t be able to sneak up on anyone for the remainder of the season, but with one of their most daunting tasks of the season behind them, the team is prepared for the familiarity of MIAA play.

“Our goal from the beginning was to compete for a national Division II championship,” Lawrence said. “So we definitely plan on winning at least the conference. We feel like we’re ready.”