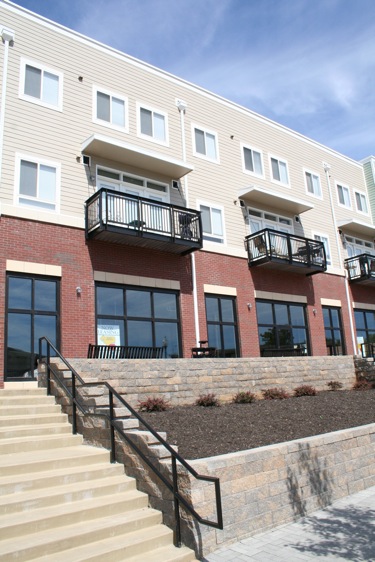 Spacious More than a year after opening its doors to new residents, College Hill Apartments has secured its first new retailer, Submarina California Subs. It is also suing the only current business located in the area, Jerry's Bike Shop.

It’s almost October and the public is just now seeing the arrival of College Hill’s first retail tenant. Submarina California Subs will arrive within the next couple of months, but many are wondering when anything else will fill the empty space.

According to real estate developer Henry McClure, a partner in the development, there is a bright future in leasing at College Hill and the public needs to be patient to see the finished product. Having missed their original deadline of Dec. 2007, McClure says the project will be complete in the next several months.

The only retailer currently in College Hill is Jerry’s Bike Shop, and owner Jerry Morgan is being sued by the developers.

According to McClure, they had reached an agreement with Morgan to keep his bike shop in the plan and build around it, including it in the flow of buildings. They planned to put an addition on the back of the shop as well. McClure said during the early stages of development, Morgan had been offered up to $300,000 to move buildings as well as many other scenarios to try and come to an agreement. Developers said, in the middle of construction, Morgan refused to let them keep working, costing them time and money.

“It’s breech of contract,” said McClure. They head to court in October.

When asked about the lawsuit, Morgan said there was a lot involved and he wasn’t able to comment on the details. According to him, developers wanted to move the bike shop because they only wanted the land. He said if something was put up in his place that developers could make more tax money and he didn’t feel that was right.

Morgan also expressed confusion about why the situation has escalated like it has.

“I’m completely amazed at what’s been going on,” he said. Morgan has been in the College Hill area since the 1980s, but when asked about the future of College Hill, he said he hasn’t really thought about it and is stuck in the present situation. He said it will be a good thing for the community to get everything settled and completed.

Although the lease with Submarina was just signed, McClure says he is in the process of getting other retailers for the space. The problem, he says, is that they can’t take retailers in and show them the finished product. Parking is a big component of retail and with the parking lot issues they have faced and the newest parking plan still underway, this isn’t easy to do.

McClure himself has been working on the project for five years, so he understands the public’s anxiety to get retailers in and complete the project.

He said retail is only 10 percent of the actual project, and everything else is going well, too. He said the expectations of the public and the reality of actually getting it done are two different things.

Sixty-eight percent of the apartments are leased out, and town homes are for sale, but not all are finished.