Economy blunders not by chance 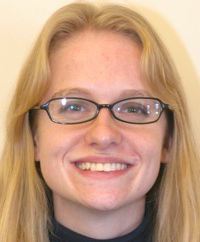 One would think that humans would learn their lessons from past mistakes. As a budding historian, I know this to be the furthest from the truth. People can quote the cliché, “history repeats itself,” and never actually understand the implication of that phrase. Most Americans learn about the Great Depression either in school or listening to grandparents who lived through it. It was these same, supposedly informed, Americans who both stretched their credit beyond logical limits and those who ran the companies that are now requiring a bail out from the government. The idea of the American work ethic is still strong, but American pragmatism seems to be out the door.

The irresponsible use of credit to get more “stuff” just doesn’t make sense. Why risk everything you have to get something you want? The use of credit is not a bad thing, it is part of what keeps an economy thriving. However, the overextension of credit – unnecessary student loans, racking up credit card debt and massive mortgages – is what is slowly crippling the market.

Do not misunderstand me, I am not advocating Communism or Socialism, I am a good American and love Capitalism, but at this point, we are practicing Capitalism with training wheels. As David J. Lynch pointed out in the USAToday, the United States is not practicing what it preaches – in countries that struggled with rampant inflation and poor quality of living for many, the United States told them to let the market take care of it. When the United States started to see banks and insurance companies sucking air, the government swooped in and saved them.

That sounds a little bit like Communism, to me. In the worst possible way.

I do not understand why I, a college student struggling with higher tuition, am being punished with higher costs of everything and an even higher uphill battle to get a car loan, a home loan or more federally subsidized student loans. With more people turning to college, rather than the grim job market, college students are going to be hit hard by these bad choices.

Economics is not something that I have studied extensively, but after four years, I do know something about history. When economics turned poor after World War I in Germany, the Germans turned to, among other things, a young, dynamic leader named Adolf Hitler to help them during dire times. Desperate economic times can lead to desperate political decisions.

It seems as if Americans are so swept up with the idea of bigger and better stuff, they lose sight of the actual cost, which can be everything. Americans need to take more ownership and responsibility in their Capitalist-based economy. One should be responsible with credit and keeping up with the Jones’ is optional.