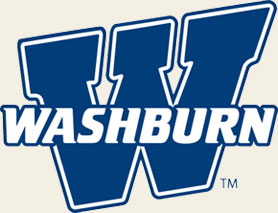 Washburn University released the redesigned “W” logo this morning, following the copyright lawsuit settlement with the University of Wisconsin-Madison.

Dena Anson, director of university relations for the university, said the new logo had been reworked in conjunction with Washburn’s advertising partner, FryeAllen, Inc. Anson said the new design for the logo, which will now sport a flat top and bottom with “Washburn” emblazoned across the middle, was decided upon by a consensus of administrators. The design for the new logo was not started until after the settlement with Wisconsin was reached Sept. 12.

According to The Topeka Capital-Journal, the university will purge any and all references to the previous “Power W” in the next six-and-a-half years, including uniforms, helmets, the football field and the floor of Lee Arena. Also, the university bookstore will be allowed to sell all existing merchandise sporting the previous logo during the next six months.