Media needs to get it together 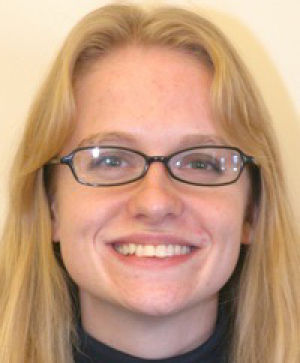 Barack Obama’s smiling face was featured for the third time in seven months on the Rolling Stone cover. While I love Rolling Stone and all that it stands for, I think that its covers are a pictorial representation of the media bias in this year’s election.

More than one study has proven that the media affects people. Some could make an argument that people are attracted to news that reflects their own views, but I think that the media as a whole supported Obama and either ignored or criticized McCain.

Take, for example, the New York Times. In the last several presidential elections, the editorial board backed the Democratic candidate. In this election in particular, so many of their columns have been scathing judgments of Sarah Palin. Sure, Palin is under-qualified and she thinks that red states are the only pro-American ones, but the discussion should be about the actual presidential candidate, John McCain. The uproar over the Republican National Committee spending $150,000 on her and her family’s wardrobe – a stupid move on the Republican’s part. I don’t know how many middle class, hurting families spend $150,000 on clothing, but no one has talked about how much McCain or Obama spends on clothing. Having worked in a suit store, suits and all the accessories are pretty expensive. If she came out wearing a worn-out, white sweatshirt with a wolf and a lightening bolt on it, the media would have a field day.

Come to think of it, I would have a field day.

The candidates, both president and vice president should be dressed in their best and when they are giving five speeches a day in different states, dry cleaning becomes a problem. If the Republicans want to pay for her Neiman Marcus shopping spree and claim to be the party of Reagan and the middle class, then their contradiction is just one more reason for me to watch “Saturday Night Live.”

The media should decide what it wants to do, be an unbiased source of information for people, or make judgments on Palin’s outfits. The Caribou Barbie joke is getting old, how about some real analysis about McCain’s advocacy of nuclear power (which will be expensive) or Obama’s health care plan (which will be expensive) and, if both candidates understand that the American collective is hurting, then why are they planning on cutting taxes and putting money in programs that are going to cost?

The media is an institution that is supposed to unofficially check the other branches of government by exposing real issues for Americans. I think they have gotten swept up in the Obama Mania and the easy target of Palin. With only eight days until the election, the media should be featuring issues of relevance – like voter fraud, not Palin’s new hairdo.

As a parting note, everyone should get out and vote. Be informed, be reflective and vote responsibly.