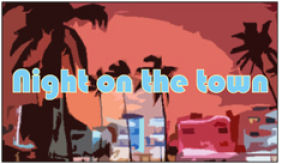 I recently went to the cheap theater to see “Mamma Mia.” I am not entirely sure why I did this. I was fully aware that most of the cast cannot really sing and it was a musical based on ABBA songs. That being said, it was not absolutely horrific and it was entirely worth my two dollars to see Colin Firth in platform boots and a sequined jumpsuit at the end, singing.

There was not much character development; the characters were too busy breaking out into songs at awkward times. However, this is not a review, but a discussion of musicals in general and why I keep subjecting myself to them.

There is something inherently fanciful about musicals. They make you want to periodically dance about and break into song. They are not intellectually demanding or full of hidden meaning, like some stage productions.

I am thinking specifically of the Monty Python musical, “Spamalot.” There are some inside historical and literary jokes, but other than that, it is a bunch of songs about the knight’s adventure to bring a musical to the stage and ultimately find the Holy Grail. Those goals do not go together, but if you see the musical, you will understand.

Particularly in movie versions of musicals, where the actors are not restrained to the confines of what the human body is capable of during three strenuous hours of singing and dancing, the fanciful getaways of musicals shine. In movie musicals, the director can take the actors wherever they want in whatever fashion they can imagine. Think about “Chicago,” or “Hairspray” or “Mamma Mia.” None of those musicals make any logical sense, but they are based upon a regular series of events like in a real movie. Except the characters sing and dance. All the time. In “Chicago,” the dancing and singing are excused by Roxie Hart’s desire to be on stage and in the spotlight, so the musical numbers are her imagination running wild. In “Hairspray,” Tracy Turnblad wants nothing more than to dance and sing on the Corny Collins show, an after-school special showcasing the newest music and dance moves. Her singing and dancing is often related to the show and, thusly, it kind of makes sense.

But still mostly not.

Musicals are a guilty pleasure and it is hard to get away from them. Except, of course, the weird and twisted “Sweeney Todd,” but I hardly count that as a proper musical. The High School Musical franchise is also a plague, but watch one of them, they are full of uplifting songs and synchronized dancing that can draw anyone in. (I am not sure how you would do this if you are not a 13-year-old girl. If you rent them by yourself and you are not a tweener, you will probably look like a pervert.)

Think about “My Fair Lady,” “West Side Story” and “Wicked.” Sometimes, stories are just told better with a little song and dance. No one knows why. Don’t question and don’t judge, just enjoy the weirdness and wonderfulness that are musicals.