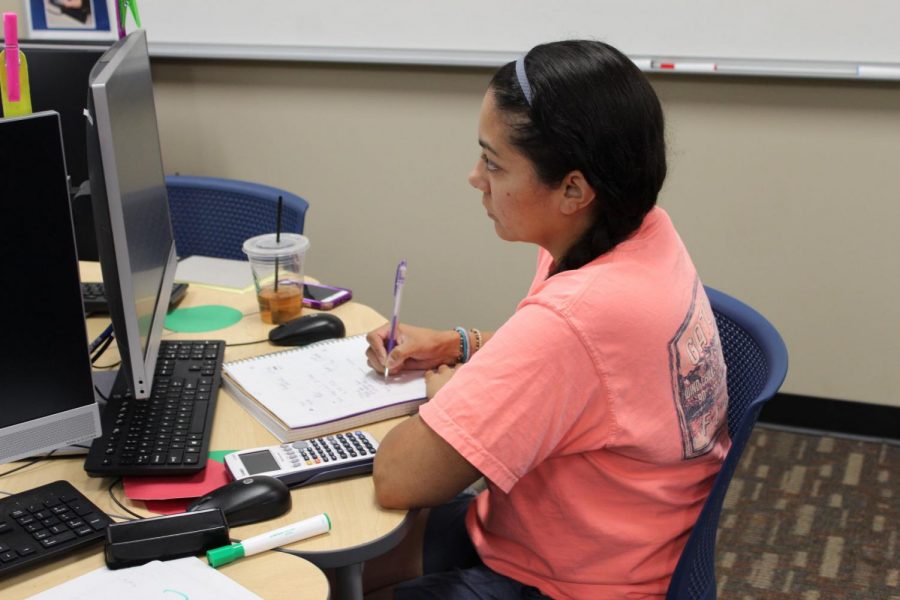 The new Mathematics Learning Laboratory in Mabee Library has begun assisting students with improving their math skills. The lab is staffed by two new faculty members, Melissa Mikkelsen and David Snyder. Mikkelsen is the math lab manager, and Snyder works as the math success coach.

“Math tends to be a difficult subject for a lot of students coming in, and so they wanted to find a way to help students get through those basic math classes that are required for everyone in order to get a degree. What they were doing wasn’t working as well as they wanted so they decided to do more of an emporium style, pre-classes for 112 and 116 which are the contemporary math and college algebra. So for the classes before that, they’re doing an emporium style where students can work faster or slower based on what their strengths and weaknesses are,” said Mikkelsen.

The math lab has seen some usage, but Mikkelsen would like to see more students who are struggling with math in the lab regularly.

“We’ve seen some students who are using it regularly which is really nice but not as many students as we would like. The problem is when students struggle with a subject, they tend to avoid that subject. What I’d like to see is more of those students who struggle a lot come in more on their own versus just during their class time,” said Mikkelsen.

Mikkelsen wanted students to know that the lab is for them and they are available most days.

“We’re open quite a bit of the time and Dave and I want people to use it as much as possible. Even if we have classes, we welcome people during that time. So anytime we’re open I just want people to know that they can come in,” said Mikkelsen.

Tiffany Smith, freshman physical therapy major, thought that the math lab has been a positive and beneficial experience.

“It’s been awesome for me personally, knowing that, during a large window of time, I can come and ask for help or just work on my own. And then if something were to come up, I don’t have to use the prompts that the program offers, which are good when I don’t have anybody around to help me, but I think it’s awesome,” said Smith.

Smith was also impressed with the math lab as a whole.

“I was surprised to see the window be such a big window. I think that it is valuable to make this luxury available to so many people. I was impressed by that for sure. It’s nearly every day of the week so I’m thankful it’s there so that math doesn’t have to be an added stressor to my busy schedule,” said Smith.