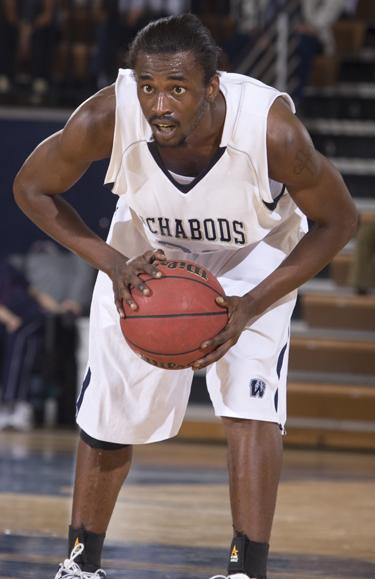 Covier Carter and Erica Brown are two of the newest additions to Washburn basketball. While they both come from different backgrounds, for them, it’s just another chance to play basketball.

Both juniors gained their eligibility to play for the spring semester and trying to make the most of it.

Carter picked up a good portion of his playing time for the Ichabods when junior point guard Mario Scott became academically ineligible for the spring. Since then, the 6-foot-2 Carter has helped share the duties with senior James Williams. In the 14 games Carter has played, he is averaging 13.5 minutes, 5.4 points and 1.6 rebounds.

The 5-foot-9 Brown hasn’t been as much of a factor for the Lady Blues as she is coming back from a knee injury suffered last season with her previous team at Tallahassee Community College. However, in the 12 games she has played this semester, she is averaging 10.1 minutes, 5.0 points, and 2.3 rebounds.

“So far my experience is going great,” said Brown. “I’m trying to get myself back into shape so I can be more Erica Brown and less injured player.”

Although she might not seem to have the biggest impact, her teammates see her as an important asset to the team.

“I think she brings a lot of her athleticism to the floor,” said Meek. She’s another scoring ability which we didn’t have before because we don’t really have a lot of drivers except for [Janice Bright], who’s really good at that. Also [Erica] is really explosive and really good at driving the ball and getting the ball to shooters.”

Brown and Carter will continue to be individuals to watch down the stretch as the Ichabods and Lady Blues work to get in the postseason.

Brown says she needs to work to become a better leader and getting back from her injury.

“I’m a team player,” said Brown. “I’m looking forward to try to help my seniors win a championship here because they really want it. And I want it also. It’s about the team. We all have to win together.”

As for Carter, the team appreciates the input that he has given so far this season.

“It’s pretty exciting to have Covier after he had to sit out that first semester,” said Love. “He’s coming right in and doing big things for us.”