Left on Northwood right on 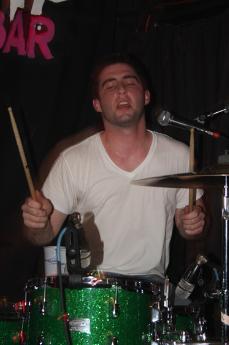 Left on Northwood is a rockin’ screamo quintet that has been on the scene since 2006 and has shared the stage with the likes of Scary Kids Scaring Kids and The Ataris. With most members originating from different places, the band is currently located in Lawrence. Booked through the entire Midwest all summer long, Washburn University Student Publications has the pleasure of presenting Left on Northwood as one of the five bands to perform on May 2 for the Jayhawk Theatre Revival benefit concert.

Left on Northwood began as a solo project for drummer Todd Anderson in 2004, and by 2006 it had evolved into a five-man band which moved on to release a debut LP “Gut Check Personality,” now available on iTunes. Though the bands’ MySpace profile classifies their sound as screamo, rock or lyrical, it is still difficult to discern any one style that encompasses Left on Northwood.

“Our music is high energy at times, soothing at others, but definitely dynamic overall,” said guitarist Mike Dye. “We pride ourselves in not sticking to a formula and just letting the songs come together without dwelling over where it fits in terms of genre.”

Dynamic for sure, the band leaves listeners at odds as to what genre they’re hearing, but that’s certainly not bad. While “Synonym for Apology” is reminiscent of Avenged Sevenfold, “Elegy” brings to mind the guitar style and vocals of softer rock band Incubus.

Bands such as Thrice and fellow local band Times New Roman have acted as influences, fueling Left on Northwood’s desire to grow as a band. Their expanding fan base has also fanned the flame.

“We have a crazy fan-base in Topeka and Manhattan currently, which is driving us to keep writing songs the way we do,” said Dye. “The ability to tour, write and release albums as a living is definitely what we are aiming for at present, though that will obviously take some time. We just passed our first major goal of releasing an album that will live in the Library of Congress, copyrighted, for many years, which feels amazing. Nothing like having a series of numbers with your name and work attached to it somewhat permanently.”