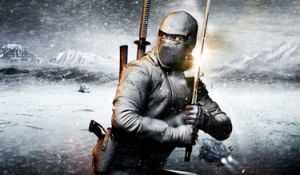 cently, you may have noticed the box office has not been hit as hard as might be expected in this economy.

People are lined up and ready to go see something that will entertain and delight them for a couple of hours. Unfortunately for most audiences, “G.I. Joe: Rise of Cobra” has neither the entertainment nor delight that most people will be looking for.

In what amounts to a two-hour Hasbro commercial (Hasbro is the company that makes and sells G.I. Joe toys), a cast of B-list actors that includes Dennis Quaid, Channing Tatum, Marlon Wayans and Sienna Miller takes you through a tour de force of bad acting and horribly written dialogue. Most of the movie is a disjointed attempt to give the characters real depth by interspersing long, tedious action sequences with background flashbacks that feature ill-at-ease and poorly constructed soap opera-like love scenes.

However, if there is one true star of this escapade into the world of beloved 1980s-children’s-cartoons-turned-terrible-box-office-movies, it is the film’s special effects. Just like in the “Transformers” franchise, the action sequences, although long and excessive, are impressive in their intricate nature and the real imagination of the special effects designers. It might be the one thing that saves the movie from complete horridness.

If you are going out this weekend and want to go see a movie, think twice before you see “G.I. Joe: Rise of Cobra.” After all, like Dennis Quaid says in the movie: “Knowing is half the battle.” And, knowing Hollywood, this isn’t the last we will see of General Hawke and his band of cardboard cutouts.