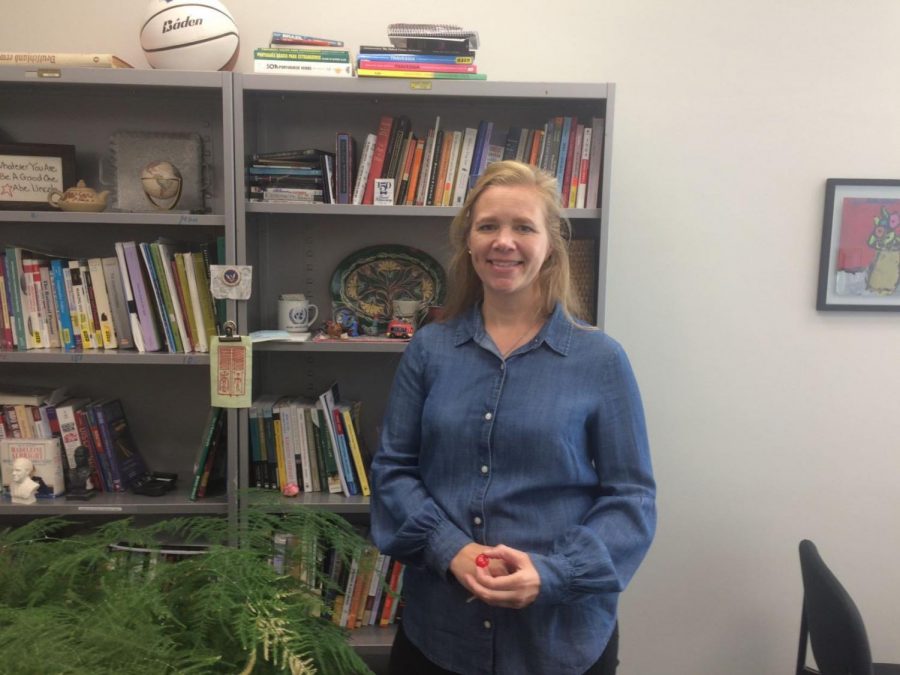 Trump is being accused of requesting damaging information from a foreign power about Joe Biden, who could be a presidential opponent in the 2020 presidential race.

Assistant professor of political science, Linsey Moddelmog, sees how this impeachment inquiry could further divide the country for the upcoming 2020 elections.

“It is possible that this situation will further polarize the country,” said Moddelmog. “Republicans will see it as a witch hunt and abuse of power while the Democrats will see it as an opportunity to be rid of a corrupt leader. This is all a political game as well, but there are many Democrats who are not concerned with it as it is not helpful to the party.”

Opinions were split over the potential outcome of the impeachment proceedings.

Freshman history major Heitor (did not give his full name) had mixed feelings toward the impeachment proceedings.

“In some cases, I guess [it’s necessary] if President Trump isn’t doing his job or is corrupt,” said Heitor.

“He probably will get impeached because the approval for this impeachment has gone up a lot. It used to be quite low but now close to 50% of the country approve of it,” said Russell.

Charlee Bonczkowski, junior business and marketing major and President of Washburn College Republicans expressed that students should read the transcript for themsevles, do their own research and draw their own conclusions.

This information comes from a transcript released by a whistleblower revealing Trump’s conversation with Ukrainian President Volodymyr Zelensky about gaining some information to use against Biden. Trump said the transcript is completely untrue.

In the transcript, Trump asks Zelensky to work with Attorney General Bill Barr and Trump’s personal attorney, Rudy Giuliani, to investigate Joe Biden and his son, Hunter Biden. Trump alludes to the fact that the U.S. has gone to great lengths “to do a lot for Ukraine” and uses this as leverage in his conversation with Zelensky. Toward the end of their conversation, Zelensky promises to launch an investigation into the Bidens.

The information Trump is after ties mostly to Hunter Biden’s time in Ukraine, where it has been revealed that he was being paid $50,000 to sit on the board of Burisma Holdings, a Ukrainian Energy company. This is an oddity, as Hunter Biden was not entirely qualified to hold such a position at the time. Joe Biden is also revealed to have been putting pressure on the Ukrainian government to drop the country’s top prosecutor, Viktor Shokin. This prosecutor had been moving against the company that Hunter Biden found himself working for, leading some to speculate over Joe Biden’s intentions.

The release of the transcript came after an unnamed whistleblower revealed its existence. The danger of its reveal is twofold to both Trump and Biden, as it shows that the president was seeking help from a foreign power for the 2020 election and that Hunter Biden may have been involved in foul play.

Editor’s note: This story has been revised since it’s original publishing with an additional source included. (Joelle Conway)