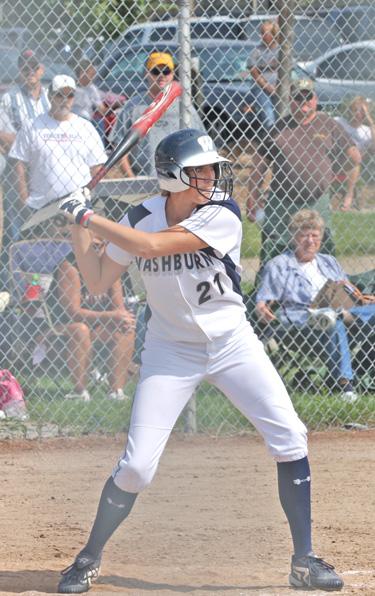 Offseason work began for Washburn’s softball program during the weekend.

Washburn opened up the abbreviated fall slate of games last Sunday against Neosho County Community College in a double header of exhibition games.

The Lady Blues went into the game hoping to measure their work in the offseason on the field and were not disappointed. In a combined 16 innings of play, the Lady Blues scored thirty-one runs and held their opponents scoreless. The team hopes that Sunday’s results is a sign of things to come this season.

“We want to be tops in the conference this year,” said softball head coach Lisa Carey.

Indeed, the team returns a large portion of last year’s team that featured a relatively young team. Carey said the young squad took away lessons from the experience of last season that will carry into the upcoming year.

“We spent a lot of time in team practices, lifting and conditioning throughout the offseason just working on getting everyone prepared,” said Carey.

The exhibition season will continue next weekend beginning on Sept. 19, for the Lady Blues in Emporia where they will participate in the Emporia State tournament.