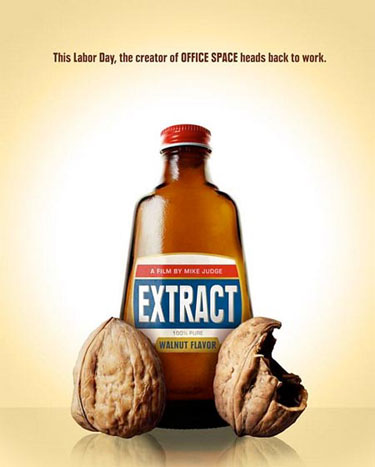 When I saw Mike Judge’s name in the ads for “Extract,” I knew I was going to see it.

Despite ongoing work on his played-out cartoon, “King of the Hill,” I’ve learned that his cartoons and his movies are worlds apart in terms of quality. Aside from the dim-witted archetypes that show up in all of his work, I sometimes find it hard to believe that the man who created “Beavis and Butthead” also made “Office Space.” But regardless of my distaste for his TV series, or, for that matter, Fox’s baffling inability to cancel any of its prime-time cartoon shows, if Mike Judge is releasing a new movie, I’m on board.

“Extract” tells the story of the owner of a company that manufactures various flavor extracts. After building the entire company from the ground up based on his own creation of an extract that doesn’t evaporate when baked into food, Joel, played by Jason Bateman, wants nothing more than to sell his company and retire at a young age.

Unfortunately, just as it all seems within his grasp, the accidental injury of one of his employees puts the company’s sales value on the line. On top of this, the arrival of a new employee, played by Mila Kunis, adds to his growing frustration with his wife.

Like “Office Space,” the story line is secondary to Judge’s spot-on portrayal of the everyday phrases and people that drive us crazy. The impossibly genial neighbor, David Koechner, who always catches you pulling into your driveway, and will not stop talking no matter how many hints you try to drop, the young cashiers who are too busy talking to a good-looking customer to help anyone else, or the woman on the assembly line preoccupied with how little someone else is pulling their own weight.

“Extract” has some good laughs, but not enough to keep viewers interested. Don’t get me wrong, it was a pretty good movie, but between the hokey, predictable sound track and the cookie-cutter ending, it left me with a feeling that something wasn’t quite right. The movie was a lackluster version of “Office Space” with a less-familiar environment, plot, and a less-relatable main character.